The Daily Mail reported on Thursday that a 16-year-old filed a police report that alleged she had been “intimidated” into having sex with Stallone and his then-bodyguard Michael De Luca at a Las Vegas hotel in 1986. The Daily Mail published a copy of the purported police report.

A spokesperson for Stallone denied the report in a statement to the Hollywood Reporter. “This is a ridiculous, categorically false story,” Michelle Bega, the actor’s rep, said. “No one was ever aware of this story until it was published today, including Mr. Stallone. At no time was Mr. Stallone ever contacted by any authorities or anyone else regarding this matter.”

The spokesperson did not immediately respond to TIME’s request for comment. De Luca, Stallone’s bodyguard and a former boxer managed by Tony Danza, was killed in 2013 after a confrontation with police.

The decades-old police report was first reported by the Baltimore Post-Examiner in February 2016, which reported similar details to the Daily Mail. “He should be ashamed of himself, what he did to me affected my life and destroyed me,” the alleged victim told the paper last year. Stallone’s attorney did not respond to the paper’s request for comment at the time.

A spokesperson for the Las Vegas Metropolitan Police Department told The Hollywood Reporter the police report published by the Daily Mail “appears” to be authentic in terms of its style, but said it didn’t have a record on file because of the time that had passed since the report was purportedly filed. The Las Vegas Police Department did not immediately respond to TIME’s request for comment.

Stallone is the latest Hollywood heavyweight to be accused of sexual misconduct. After dozens of women came forward to accuse producer Harvey Weinstein of sexual harassment and assault, women and men shared their own alleged experiences with other prominent men in the entertainment industry. (Weinstein has repeatedly denied any allegations of sexual assault, but acknowledged that his past behavior “has caused a lot of pain.”) 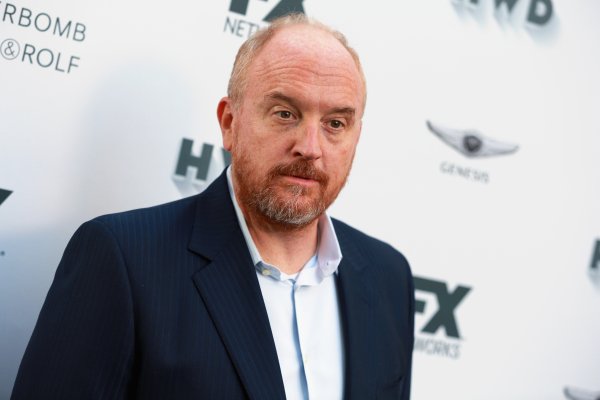 Louis C.K. Admits He Masturbated in Front of Women
Next Up: Editor's Pick