The Trump Administration’s decision to lift a ban on importing elephant kill trophies spurred outrage on Twitter, with many users sharing an old photo of Donald Trump Jr. holding an elephant tail after a hunt.

Back in 2012, Donald and Eric went trophy hunting in Zimbabwe, killing an elephant and cheetah among other large animals, facing passionate and longlasting backlash once the photos surfaced.

So when the it was reported that President Trump reversed the Obama-era ban on hunters importing trophies of elephants killed in Zimbabwe and Zambia during government-approved expeditions, critics moved quickly to recirculate the photo.

Elephants are listed as endangered, but an Endangered Species Act stipulation lets the government give people permits to import trophies if there’s evidence that the “hunting actually benefits conservation for that species.”

“Legal, well-regulated sport hunting as part of a sound management program can benefit the conservation of certain species by providing incentives to local communities to conserve the species and by putting much-needed revenue back into conservation,” a Fish and Wildlife spokesperson said in a statement.

Animal rights activists were not happy. “It’s a venal and nefarious pay-to-slay arrangement that Zimbabwe has set up with the trophy hunting industry,” Wayne Pacelle, president and chief executive of the Humane Society, told the Washington Post.

Both of Trump’s sons have defended hunting. “Anyone who thinks hunters are just ‘bloodthirsty morons’ hasn’t looked into hunting,” Donald Jr. told Forbes in 2012. “If you wait through long, cold hours in the November woods with a bow in your hands hoping a buck will show or if you spend days walking in the African bush trailing Cape buffalo while listening to lions roar, you’re sure to learn hunting isn’t about killing.”

That didn’t stop people from being incensed by the ban lift, many suggesting that his sons’ love of the hunt influenced the President.

Correction: The headline of the original version of this story incorrectly described the ban Trump reversed. It was a ban on hunters importing trophies of elephants legally killed in Zimbabwe and Zambia, not a ban on poaching, which is illegal. 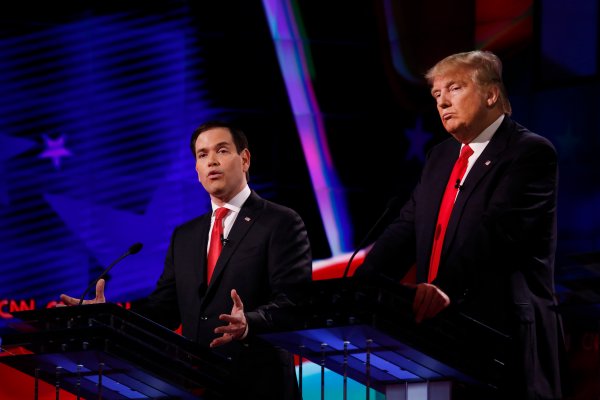