A Member of Congress Exposed Himself to a Staffer, Lawmakers Say

Democratic Rep. Jackie Speier testified before a House committee on Tuesday that two current members, Democrat and Republican, have sexually harassed staff members, according to stories she’s been told.

In late October, as once-secret stories of sexual harassment and assault perpetrated by Hollywood producers, journalists and others poured into public view, the California lawmaker shared her own story of assault and encouraged other former and current Hill employees to come forward with their own. On Tuesday, speaking before the Committee on House Administration, Speier said that since launching #MeTooCongress, current and former staffers have flooded her office with stories of unwanted sexual advances, touching, and, in one case, exposure.

“From comments like ‘Are you going to be a good girl?,’ to harassers exposing their genitals, to victims having their private parts grabbed on the House floor, women and men have trusted me with their stories,” Speier said. “All they ask in return is that we fix our abusive system and hold perpetrators accountable.”

The Committee on House Administration is currently reviewing the policies in place to address sexual harassment within the Congress. The review came in response to the increased attention that has been placed on sexual abuse in workplaces big and small across the country. And Tuesday’s hearing took place just a day after a woman came forward to accuse Alabama Senate candidate Roy Moore of assaulting her when she was a teen. The woman was the fifth to accuse the Republican of pursuing her sexually when she was a teenager and he was in his 30s. As Republicans distance themselves from Moore, lawmakers in the House and Senate are working to address sexual misconduct in the Congressional workplace.

“This type of behavior cannot be tolerated,” said Republican Chairman Gregg Harper of Mississippi at the close of the hearing. Ranking Member Robert Brady, a Democrat from Pennsylvania, called it the body’s “moral responsibility and obligation” to protect girls and women from abuse.

Earlier in the hearing, Republican Rep. Barbara Comstock of Virginia said a former staffer told her that a Congressman asked a staffer to bring some materials to his residence, greeted her at the door wearing a towel and exposed himself after he invited her inside. Comstock said the staffer later left her job.

“What are we doing for women right now who are dealing with somebody like that?” she asked.

In order to fix the problem, members called for mandatory in-person sexual harassment training and a regular climate survey of members and staff. The Senate passed a resolution last week mandating such training for members and aides.

Later this week, Speier will also introduce legislation to overhaul the process that victims of harassment undergo when they file complaints to the Office of Compliance, which she has called “toothless” and says is designed to protect harassers and not the harassed.

The lawmaker said that now, if a victim of harassment were to report to the compliance office, they would first be required to undergo mandatory counseling for 30 days. Then, she said, they are required to sign a non-disclosure agreement before moving on to mediation. After 30 days of mandatory mediation, during which the office or member is represented by House of Representatives counsel, they then have to go through a 30 day “cooling off period.” Once those 90 days are up, the victim can then file a formal complaint.

Interns and fellows do not have access to the process, she noted.

Office of Compliance staff who testified before the committee said mandatory in-person training would be a good first step toward preventing harassment.

Later on Tuesday, Speaker Paul Ryan announced that going forward the House will require mandatory anti-harassment and anti-discrimination training for all members and staff. “Our goal is not only to raise awareness, but also make abundantly clear that harassment in any form has no place in this institution,” he said in a statement. 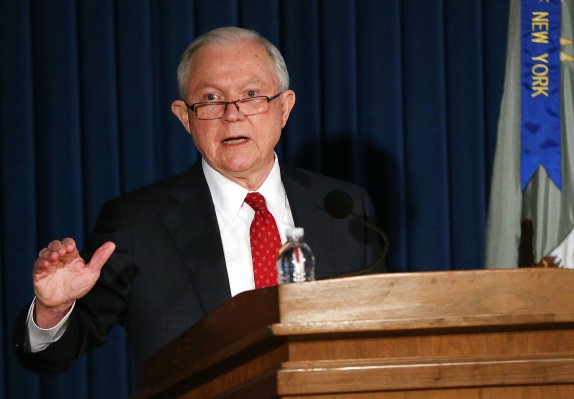 Democrats to Question Sessions on Russia Meetings
Next Up: Editor's Pick