If professional chefs could take one item off your Thanksgiving menu, it would be a dish that is often popular with kids as well as adults: sweet potatoes topped with oven-browned marshmallows.

“There’s nothing I like about it at all,” says the chef Guy Fieri, host of the Food Network’s Diners, Drive-Ins and Dives. “I don’t know where it came from.”

The concept of sweetening sweet potatoes dates back to at least the late 1700s, according to the Library of Congress. A recipe for “potato pudding” in American Cookery, one of the first cookbooks published in the U.S. in 1796, calls for mashed sweet potatoes, milk, nutmeg and egg whites, similar to the ingredients that go into modern sweet potato casseroles.

Marshmallows began to make their way into the dish in the 1900s, as part of a ploy to convince more American home cooks to use the sugary treats, Saveur reports. At a time when sweet potatoes were already commonplace in diets across the U.S., marketers for the marshmallow company Angelus Marshmallows had Boston Cooking School Magazine founder Janet McKenzie Hill develop recipes based on the sweet. Her resulting 1917 booklet featured a recipe for sweet potatoes baked with marshmallows.

Since then, marshmallow-topped sweet potatoes have landed on Thanksgiving tables across the country, though the reaction hasn’t always been positive. According to Saveur, families in the South, where sweet potatoes are ubiquitous, initially enjoyed the vegetable too much to embellish it with marshmallows. Northerners, on the other hand, warmed up to the candy topping right away. Today, a handful of culinary pros who spoke to TIME say they’ve turned against what’s become a traditional Thanksgiving dish because it offers little variety in taste and texture.

“It’s adding sweet on top of sweet,” says April Bloomfield, chef at New York City’s Spotted Pig. “There are so many other satisfying ways to prepare them. I prefer the more natural sweetness of the sweet potatoes with a touch of acidity to balance it out.”

Michael Symon, host of ABC’s The Chew, agrees: “There’s no texture, no balance — just sweet on sweet and soft on soft. The premise of the dish frustrates me.”

That doesn’t mean you should throw out your sweet potatoes ahead of Thanksgiving — there are several ways to prepare them without marshmallows. Symon suggests combining them with Idaho potatoes for some acidity and topping the dish with praline for textured sweetness.

Others, however, would rather see an end to sweet potatoes altogether. For Mashama Bailey, chef at The Grey in Savannah, Ga. whose family is from the South, sweet potatoes were a dinnertime staple when she was growing up. Now, though Bailey acknowledges the vegetable’s popularity at Thanksgiving, she says she’d rather do without it.

“I’m just over it,” she says. “It’s just the least interesting and probably the least satisfying dish on the table.” 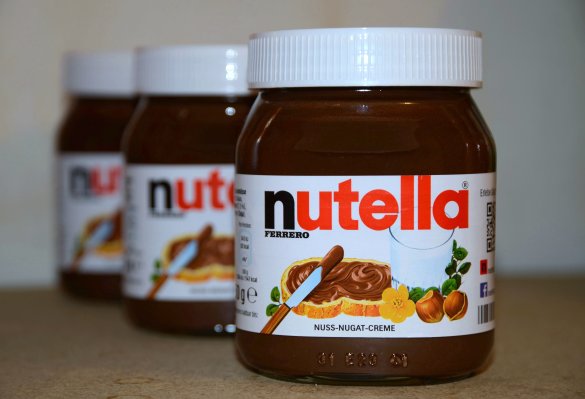 Nutella Admits It Changed Its Recipe – and People Are Not Happy
Next Up: Editor's Pick