Solo said in an interview with the Portuguese newspaper Expresso that Blatter grabbed her butt during FIFA’s Ballon d’Or awards ceremony in January 2013.

“I had Sepp Blatter grab my ass,” Solo said.”It was at the Ballon D’or one year, right before I went on stage.”

That year, Solo was onstage to present FIFA’s women’s world player of the year to her teammate, the striker Abby Wambach. Blatter joined Solo on stage.

“I was in shock and completely thrown off,” Solo told the Guardian of the alleged assault. “I had to quickly pull myself together to present my teammate with the biggest award of her career and celebrate in that moment, so I completely shifted my focus to Abby.”

A spokesperson for Blatter told the Guardian the “allegation is ridiculous.” Blatter’s attorney and his personal foundation did not immediately respond to TIME’s request for comment. The ex-FIFA president, who resigned from his post in 2015 following a corruption scandal, has publicly made numerous sexist comments, including his 2004 suggestion that women soccer players wear “tighter shorts.”

Last month, Solo joined the #MeToo social media campaign which raised awareness of the prevalence of sexual harassment and assault with an Instagram post commending the women who came forward to accuse Harvey Weinstein of misconduct and detailing similar incidents in the sports world.

“From inappropriate comments, unwanted advances and grabs of the ass to coaches and GMs and even press officers speaking about players’ “tits” and physical appearance, sexual harassment is rampant in the sports world,” Solo wrote. “I always felt I’d “handled it” and stood up for myself in those situations, but there were never any consequences for the perpetrators. That needs to change.”

Solo’s accusation against Blatter comes as several women are speaking up about sexual misconduct. In the wake of the Weinstein scandal, dozens of prominent men have been accused of sexual misconduct, ranging from groping to rape, including former President George H.W. Bush, Louis C.K. and Kevin Spacey. 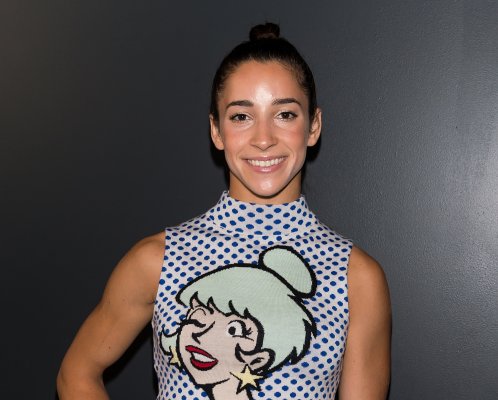 'Appalled.' USA Gymnastics Responds to Aly Raisman's Accusation She Was Sexually Abused by Team Doctor
Next Up: Editor's Pick