Louis C.K. Is Just the Latest Reason We Need More Women in Comedy

When I was 16, in what may or may not have been 1985, I attended a Jewish youth group ski weekend in Manchester, N.H. One night a group of dudes, which may or may not have included Adam Sandler, got some grapefruits and borrowed nightgowns and performed a sloppy, impromptu drag skit that brought down the house.

As I laughed, I also thought this: Girls would have to work way harder to be received as that funny. My friends Judy, Steph and I could not have put grapefruits in our pants, done a funny dance and crushed. No way. Not even with bananas.

I wasn’t right about much in 1985 (parachute pants), but I was right about that. And it’s still true, even now that I am 29. In comedy, as in most other male-dominated fields, women (and most other non-straight, non-white dudes) have to work harder to succeed. Just ask Tina Fey. She says people always ask her, “Isn’t this an amazing time for women in comedy?” Her response: “It’s a terrible time. The boys are still getting more money for garbage, while the ladies are hustling and doing amazing work for less.”

Put another way: Just because Fey is super-famous and Amy Schumer is #5 on the 2017 Forbes list of highest-paid comics and women can now be Ghostbusters does not mean we have achieved full comedy equality. Women comics are still fighting the unfunny fight for equal respect, equal opportunity, equal pay. Which includes fending off harassment that limits their choices and chances and is protected by “armies of enablers.” (You’ve surely heard the news, or “news,” about allegations against Louis C.K., which on the one hand is huge — and on the other is pretty much what female comics have been dealing with since the dawn of the joke. C.K. hasn’t commented.)

This matters because women are people. It matters because comedy is important. And there is a solution — one that more people than ever are getting behind: We need more women in comedy.

Comedy is no cakewalk for anyone, I know. I did standup and comedy-adjacent things for years, starting in the ’90s. We all worked like dogs. No one was treated like Jared Kushner.

But if every female comedian back then had a nickel for every time a booker said, “No, I already have a woman on the lineup,” or an emcee said, “Now we’ve got a LAAAADY coming to the stage!” we would have bought the goddamn Puck Building. Then, the way to make money was to work on the road — not always appealing to lone women — or as a TV writer, which could be about as female-friendly as fishing for king crab.

I’m old enough to remember when an established club booker, ogling the young female comic next to me, offered her this sage advice about getting stage time: “You gotta let them think they have a chance with you.”

Oh, wait. That wasn’t the ‘90s. That was this August. And we were on a podcast! He wasn’t even whispering!

Subtler biases persist today, too. It’s still a bit like women are a genre, not a gender. As in: men do comedy, women do “women’s comedy.” Men are comedians; women, God help us, “comediennes.” Men represent the comedy default: for instance, they are 2.6 times more likely than women to play “the funny one” in ads. And by the way, Schumer is the only female comic ever to rank on Forbes.

So now you’re all, “Wait, comedy sounds terrible! Let’s get those women out of there!”

Fortunately, that’s not necessary. First, comedy has gotten much better. There are more diversity-friendly shows and open mics. Diversity is increasingly valued as comedy currency. (Two words: Lena Waithe!) Digital media gives women and outsiders more ways than ever to find power in community and to be their own boss/producer. (Two words: Issa Rae!)

Second, comedy connects us and keeps us sane; it affirms our beliefs and opens us up to new ideas. Especially now, when comedians are commentators, we are all enriched when Trevor Noah and Samantha Bee deliver fresh views on every day’s fresh hell.

What to do? Expose girls and boys to funny women. (My son adores I Love Lucy.) Encourage your daughter to take a comedy class. (Encourage your son to take one taught by a lady.) If your daughter’s the class clown, applaud. (I’m teaching mine the art of deadpan and dropping well-placed swear words for laughs.) If she’s shy, that’s funny too — being authentically funny means being exactly who you already are, just in an exaggerated way. And overall, make sure girls are heard and not shushed. Because bonus: comedy skills — confidence, resilience, authenticity — are also life skills.

Lynn Harris is a journalist and former stand-up comic. She is the founder of the startup GOLD Comedy, an online and in-person comedy school for girls, women and “others.” 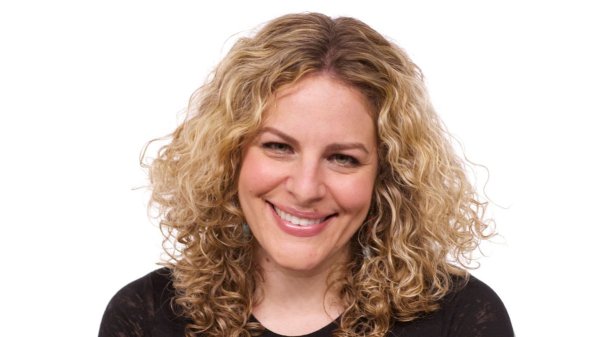 The Boss: Jill Smokler Turned Her Parenting Struggles Into a Successful Media Company
Next Up: Editor's Pick