Here's How Hollywood Is Responding to the Sexual Harassment Allegations Against Louis C.K.

Film studios and TV networks are distancing themselves from Louis C.K. in the wake of Thursday’s bombshell New York Times article in which five women accused the comedian of sexual harassment.

The New York premiere of Louis C.K.’s new film, I Love You, Daddy, was canceled amid the controversy, and now the film’s distribution company, The Orchard, says it would not release the movie at all. C.K.’s scheduled Friday appearance on The Late Show With Stephen Colbert was also scrapped.

C.K.’s spokesperson did not respond to TIME’s request for comment on the allegations. However, his publicist told the Times “Louis is not going to answer any questions.”

The allegations against C.K. follow accusations of sexual assault and harassment committed by other powerful figures in Hollywood, including Harvey Weinstein, Kevin Spacey and Brett Ratner.

Weinstein has denied “any allegations of non-consensual sex.” Spacey has apologized but said he did not remember the incidents in question. Ratner’s lawyer told the Times, “I have represented Mr. Ratner for two decades, and no woman has ever made a claim against him for sexual misconduct or sexual harassment.”

Here are the other companies and individuals speaking out and distancing themselves from the C.K. following allegations he masturbated in front of multiple women:

On Friday, The Orchard, the distribution company behind C.K.’s new film, I Love You, Daddy, released a statement saying it would not be moving forward with the release of the movie, which stars Chloë Grace Moretz and John Malkovich.

The film, which C.K. says is a sendup to Woody Allen’s Manhattan, tells the story of a successful TV writer-producer as he tries to stop his 17-year-old daughter’s relationship with a 68-year-old filmmaker from turning sexual. The Orchard had initially released a statement Thursday stating that it was “giving careful consideration to the timing and release of the film.”

On Thursday, it was announced that C.K. been dropped from appearing on HBO’s upcoming comedy special Night of Too Many Stars, set to air live on Nov. 18.

“Louis C.K. will no longer be participating in the Night of Too Many Stars: America Unites for Autism Programs, which will be presented live on HBO on November 18,” HBO said in a statement. “In addition, HBO is removing Louis C.K.’s past projects from its On Demand services.”

C.K. has worked closely with the network FX over the past decade – including on the Emmy-winning comedy series, Louis, and Baskets, which he co-created with Zach Galifianakis. The network has not announced that it is dropping C.K. from any future projects, but a spokesperson said the situation is “under review.”

“The network has received no allegations of misconduct by Louis C.K. related to any of our 5 shows produced together over the past 8 years,” FX said in a statement. “FX Networks and [FX Productions] take all necessary actions to protect our employees and thoroughly investigate any allegations of misconduct within our workplace. That said, the matter is currently under review.”

Shortly after the Times story broke, Parks and Rec creator Mike Schur took to Twitter, sharing the article. “Misogyny is a cancer. Harassment and abuse are that cancer metastasizing and going untreated. Stories like this being reported and printed are the first steps toward a cure,” he wrote. “I don’t remember when I heard the rumors about him. But I’m sure it was before the last time he was on Parks and Rec. And that sucks. And I’m sorry.”

The Daily Show host didn’t shy away from commenting on the C.K. allegations. “At this point, we’re going to need a new Oscar category this year: ‘Best actor whose movies we can’t watch anymore,” he joked on his show Thursday night. 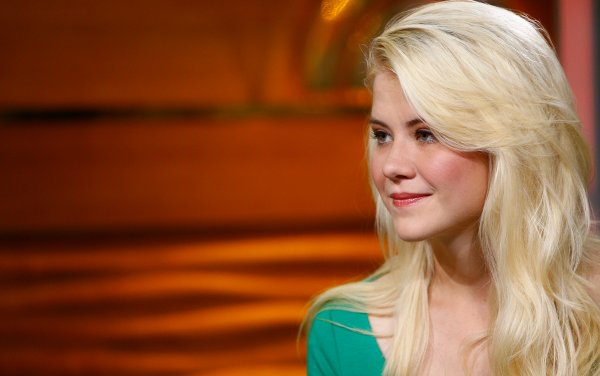 ‘Rape Is the Same Across the Board.’ Elizabeth Smart Says Her Kidnapping Is No Different Than Hollywood Sex Abuse
Next Up: Editor's Pick