People vote on the US presidential election at Santa Monica City Hall on November 8, 2016 in Santa Monica, Calif.
FREDERIC J. BROWN—AFP/Getty Images
Ideas
By Michael Eggman and Mike Honda
Eggman is the president and Honda is the chairman of Red to Blue California. Eggman ran for Congress as a Democrat in CA-10 during the 2014 and 2016 Election Cycles. Honda spent sixteen years as a Democratic member of Congress from California.

Californians have a moral duty in 2018 to lead the nation in standing up to President Trump and reshaping our government.

Democrats need to flip 24 seats to take back the House of Representatives. Here in the Golden State, Hillary Clinton carried seven Congressional seats in 2016, while voters re-elected Republican incumbents to Congress. These GOP Representatives project a centrist smokescreen that they’ve used to successfully woo moderate voters. They were all able to distance themselves from candidate Trump – a feat they won’t be able to achieve with Trump, now, leading their party and our country.

Each of these seven Republicans have repeatedly voted to repeal Obamacare since the bill became law. But Trump’s presidency has transformed their empty gesture into an act that would cripple our economy and strip healthcare away from millions. All you need to do is follow their votes and their money to know where their loyalties lie.

Democrats need 24 seats to take back the majority in the House. By winning these seats in 2018, Californians would claim nearly a third of the seats necessary to flip the House. In midterm elections, Republicans depend on apathy and low voter turnout to stay in power, but we plan on changing that. California can shift the narrative by actively re-engaging in the midterm elections and focusing on these seven vital districts.

All seven members voted in favor of the House’s Budget Resolution that paves the way for Trump’s tax plan, which will harm America’s middle class while giving large tax breaks to the wealthiest Americans. The plan would eliminate state and local tax deductions that a majority of Californians depend on. In other blue-leaning states like New York and New Jersey, Republican Representatives had the strength to stand up for their constituents and oppose the budget resolution. Zero Republicans in California did the same.

These members of Congress can try to distance themselves from Trump – but they’ve chosen to vote with Trump an average of 97% of the time, while accepting campaign cash raised by the White House.

There’s no doubt every single endangered Republican in California is bought and paid for by the Trump-Pence Administration.

If we as California voters, engage, actualize our shared values and vote Democrat in 2018, we can turn seven red districts blue, and help the Democrats reclaim a majority in the House. For all Californians who oppose Trump, it is our civic duty to remain politically engaged and vote out the GOP members who take his money and support his agenda. 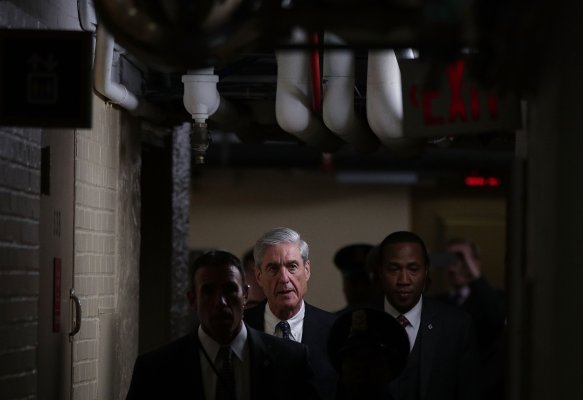 How Robert Mueller Works a Case
Next Up: Editor's Pick