Who Is Michael Flynn? The Former Top Trump Aide Just Pleaded Guilty to Lying to the FBI

Prosecutors accused Michael Flynn of “willfully and knowingly” making false statements to the FBI while serving in the Trump Administration. Court documents indicated Flynn was charged with a single count of making false statements after telling the FBI he had not discussed sanctions with the then-Russian ambassador to the United States.

As part of his plea agreement, Flynn has agreed to cooperate with the investigation and has also indicated that Trump transition officials directed his contacts with the Russians, according to the Associated Press, raising the troubling prospect for the White House that a former top Trump aide is ready to implicate people in Trump’s orbit.

Here’s what you need to know about Michael Flynn and the charge he faces.

Who is Michael Flynn?

Michael Flynn is a retired Lieutenant General in the United States Army, where he served from 1981 until 2014. While in the Army, General Flynn served in Iraq and Afghanistan, where he played key roles in shaping intelligence strategies related to counterterrorism. Flynn has served as the director of intelligence for the Joint Special Operations Command and the director of intelligence for U.S. Central Command. In 2012, President Barack Obama nominated him to serve as the director of the Defense Intelligence Agency. He was in that role until 2014 when he retired. The Washington Post reported that Flynn was forced out due to a “chaotic” leadership style and “clashes” he had with other officials.

After leaving the DIA, Michael Flynn emerged as a fierce critic of the Obama Administration’s foreign policy. He was later a key foreign policy adviser and surrogate during Trump’s presidential campaign, at one point leading a chant of “lock her up” against Trump’s opponent Hillary Clinton from the stage of the Republican National Convention.

Michael Flynn was tapped to serve as Trump’s National Security Advisor, but was forced out the role after only 24 days amid claims that he had misled Vice President Mike Pence and other officials about his contacts with Russians during the presidential transition.

What are the charges against Michael Flynn?

Michael Flynn, the charging documents say, “did willfully and knowingly make materially false, fictitious, and fraudulent statements” to investigators in January. The documents indicated that Flynn falsely said that, during the transition, he didn’t ask Russia’s ambassador to avoid escalating a dispute over sanctions leveled by the Obama Administration in response to Russia’s election meddling. Trump, who has seethed over the investigation into Russia’s meddling as diminishing the legitimacy of his election victory, entered office hoping to cool tensions with Russia and its President Vladimir Putin.

What does the charge against Michael Flynn mean for Trump?

The charge could mean trouble for the White House because Michael Flynn worked for the Trump Administration itself, unlike former campaign chairman Paul Manafort and his partner Rick Gates, who were recently charged with money laundering and failing to register as foreign agents. They have pleaded not guilty, while another Trump campaign adviser, George Papadopoulos, has pleaded guilty and is cooperating with Mueller.

But because Manafort, Gates and Papadopoulos only served in the campaign and not in Trump’s Administration, the White House has sought to distance itself from them, for example dismissing Papadapoulous as simply a campaign “volunteer.”

Michael Flynn, on the other hand, was a key player in Trump’s campaign, transition and in the early days of his White House. As part of his plea agreement, Flynn has agreed to cooperate with the investigation and has also indicated that Trump transition officials directed his contacts with the Russians, according to the Associated Press.

Why did Michael Flynn leave the Trump Administration?

Michael Flynn resigned after he was found to have misled White House officials about a conversation he had with the Russian ambassador before the inauguration. It was reported that sanctions that had been imposed by the Obama Administration were discussed during the conversation. When Pence asked Flynn about the matter, Flynn later said, he “inadvertently briefed the vice president-elect and others with incomplete information regarding my phone calls with the Russian ambassador.”

After he left the office, it was reported that Flynn also failed to disclose money he received from Russia-linked companies on a federal financial disclosure form. It was also revealed that Flynn received over $500,000 for consulting work he’d done on behalf of the Turkish government during the election, though he didn’t register as a foreign agent with the federal government until early 2017.

Michael Flynn’s departure made for the shortest tenure ever for a National Security Advisor. 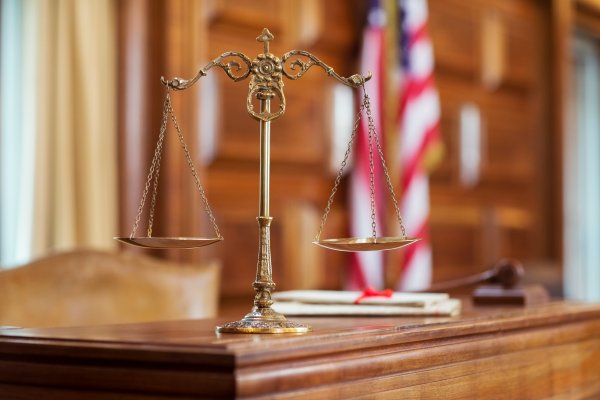 Celebrities Rally to Free Cyntoia Brown from Life in Prison
Next Up: Editor's Pick