In the wake of multiple allegations brought against the 58-year-old House of Cards star throughout the past week alleging he made unwanted sexual advances toward young male actors, PEOPLE confirmed Wednesday that he is taking time to get help.

“Kevin Spacey is taking the time necessary to seek evaluation and treatment,” a representative for the star said in a statement. “No other information will be available at this time.”

Spacey’s announcement comes just days after Star Trek star Anthony Rapp, 46, claimed in a Buzzfeed News report published Sunday that Spacey made inappropriate sexual advances toward him at a private party in New York City in 1986. Spacey was 26 at the time, and Rapp was 14.

“I came forward with my story, standing on the shoulders of the many courageous women and men who have been speaking out, to shine a light and hopefully make a difference, as they have done for me,” Rapp said in a statement to PEOPLE.

As a response to the report, Spacey issued a statement on Twitter Sunday evening saying he didn’t remember Rapp’s alleged incident and apologizing “for what would have been deeply inappropriate drunken behavior.” He also publicly came out as gay in the same statement, which was met with criticism from numerous celebrities.

Netflix has since shut down production on House of Cards indefinitely, after announcing that its upcoming sixth season will also be its final.

Actor Roberto Cavazos came forward on Tuesday and recounted his own alleged experience fending off Spacey while also claiming the Netflix star’s inappropriate behavior toward younger actors was “common” practice during his 12-year-run as artistic director at The Old Vic Theatre.

“I myself had a couple of unpleasant encounters with Spacey that were on the edge of being considered assault,” 35-year-old Cavazos, who performed in several productions at the acclaimed London theatre, wrote in Spanish on his Facebook page. “In fact, if I was a woman, I probably wouldn’t have doubted in identifying them as such, but I guess the lack of a direct or aggressive action led me to justify the incident as ‘one of those things.’ ”

“There are many of us who have a ‘Kevin Spacey story,’ ” Cavazos continued. “It seems like you only needed to be a man under 30 for him to feel free to touch us. It was so common that it turned into a (very bad) joke amongst us.” (A representative for Spacey told PEOPLE he had no comment.)

“I can’t recall how many people told me the same story: Spacey would ask them to meet to ‘talk about their career.’ When they got to the theater, he had a beautifully lit picnic ready on stage with champagne,” Cavazos wrote. “Each story varies in how far the picnic went, but the pattern was the same. It was more common to find Spacey at the bar of his theater, cornering whoever caught his attention.”

“That’s what happened to me the second encounter,” Cavazos added. “I never let anything happen, but know of a few who were too scared to stop him.”

A spokeswoman for the Old Vic theater in London — of which Spacey was the artistic director from 2003-15 — said in a statement obtained by the Evening Standard that there were “no complaints made against him” during Spacey’s tenure and that “no complaints have been made since he left.”

The Old Vic has since asked employees to come forward if they experienced something at the theater they felt they could not discuss at the time. “We want our employees to feel confident, valued and proud to be part of The Old Vic family. Any behaviour we become aware of which contravenes these goals will not be tolerated,” they said in a statement obtained by Entertainment Weekly.

A day after Rapp’s account was published, the International Academy of Television Arts and Sciences announced Monday that it will not present Spacey with its 2017 International Emmy Founders Award on Nov. 20. 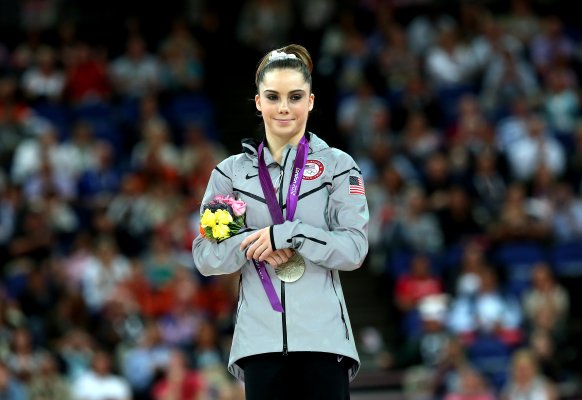