Recent collisions involving two U.S. warships and commercial vessels in the Western Pacific were both “avoidable,” according to a report by the Navy concluding that multiple failures led to the deaths of 17 sailors.

“Both of these accidents were preventable and the respective investigations found multiple failures by watch standers that contributed to the incidents,” Adm. John Richardson, Chief of Naval Operations said on the publication of a Navy report into the incidents Wednesday.

In reports the New York Times called “harrowing,” the Navy revealed a litany of errors aboard the USS Fitzgerald and USS John S. McCain, detailing missed warnings, ignored protocols, and stories of American sailors’ desperate attempts to save their drowning shipmates.

“We must never allow an accident like this to take the lives of such magnificent young Sailors and inflict such painful grief on their families and the nation,” Richardson said.

Fallout from the incidents has been swift and far-reaching; the former head of the Seventh Fleet was removed in August due to a “loss of confidence,” and two of the McCain’s top officers were also relieved from duty in October. Several other Navy officers opted for early retirement in the wake of the tragedies.

On the morning of June 17, the USS Fitzgerald — a first class Navy destroyer — collided with the ACX Crystal, a 30,000-ton Philippine container ship that was bound for Tokyo from Nagoya. Seven of Fitzgerald’s crew were killed. Several other sailors, including the ship’s captain, Cmdr. Bryce Benson, were injured.

According to the Navy’s report, the Fitzgerald’s collision came down to an accumulation of small errors over time. These errors included a lack of planning for safety, the ship’s leadership not adhering to well-established navigational protocols, and a failure to carry out basic watch practices.

Affording much of the blame to the Fitzgerald’s commanding officer, the report notes its “crew was unprepared for the situation in which they found themselves through a lack of preparation, ineffective command and control, and deficiencies in training and preparations for navigation.”

The Navy found that a “loss of situational awareness” while responding to mistakes in one of the world’s busiest shipping lanes led to a collision involving another guided-missile Navy destroyer, the USS John S. McCain, off the coast of Singapore. A breach in the McCain’s hull caused parts of the ship to flood, killing 10 crew members and injuring five.

The collision with a Liberian-flagged merchant ship happened as sailors struggled to respond to errors they made in operating the ship’s steering and propulsion systems, the report found.

The tragedy was a result of “complacency, over-confidence and lack of procedural compliance,” according to the Navy’s summary. The McCain’s commanding officer was faulted for disregarding recommendations on safety preparation from other senior Navy officials. Nobody on the ship’s Bridge watch team had been properly trained to correctly operate its control console during a steering mishap.

What Are the Implications for U.S. Defense?

The Navy’s report comes just as President Donald Trump prepares to make his maiden voyage to Asia, and at a time of increased military tensions among regional powers. The U.S. has a longstanding and robust Naval presence throughout the Asia Pacific, with key bases in Japan and Guam. One primary responsibility of these forces is the protection of American allies, particularly as North Korea steadily enhances its nuclear capabilities.

In early September, the Navy pushed through new rules governing how much sleep sailors are afforded and limiting their workweeks, which had been found to sometimes exceed 100 hours. The new directives also require ships in crowded sea lanes to broadcast their positions, and make it more difficult for ships whose crews lack basic seamanship skills to leave port.

Read more: The Navy Is at a Breaking Point. Here’s Who Can Save It

But military officials have questioned why it took two deadly accidents for the Navy to put such rules into place, according to the New York Times. The Navy’s own experts and congressional watchdogs had reportedly issued warnings on potential problems dating back to 2010.

Professor a Daniel Pinkston, a Seoul-based lecturer on international relations at Troy University, tells TIME the collisions should not be a signal for adversaries to underestimate the capabilities of the U.S., but rather to “remind us of the difficulty in conducting naval operations over long distances in congested maritime spaces.”

The June and August collisions appear to have resulted from human error, Pinkston added, but “the cause could have been something worse and more difficult to correct, such as a cyber attack or an electronic warfare attack by an adversary.” The U.S. military continues to conduct multinational exercises in the region, he said, the vast majority carried out without incident. 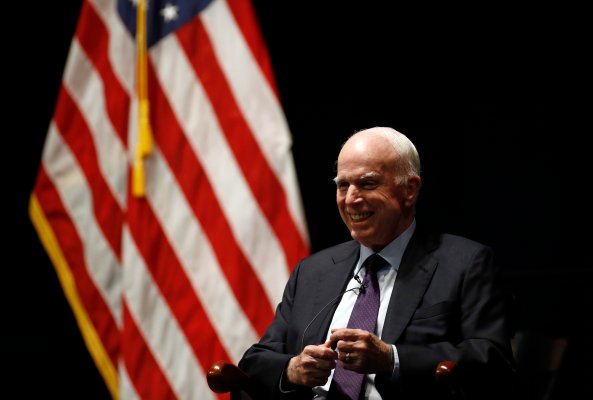