Here's What J. K. Rowling Had to Say About Getting a Thank You for Trump's Victory

Spam mail happens to everyone. Even J.K. Rowling, Harry Potter creator and frequent online political commentator, who appears to have somehow ended up on a mailing list run by President Trump’s camp or his supporters.

In a tweet shared this week, Rowling seems to scratch her head in dismay as she showcases the image included in the email. “I appear to have got on the wrong mailing list,” she noted wryly. The included image is an email about an “exclusive limited edition Donald Trump coin,” sold as a way to help supporters celebrate “Trump’s victory over the nay-sayers.” It is not clear which victory they are referencing.

“You helped make presidential history! Now you can own a piece of it today!” the promotional text also notes, with a button to buy the coin. The coin itself is emblazoned with a full-color portrait of Trump. The coin appears to be available on Amazon for $8.95, and is billed as “genuine legal tender” worth $1. A remake of a Ronald Reagan coin, it was initially sold prior to the official election of Trump. It’s not clear which site sent Rowling the email, and the coin does not appear in Trump’s official online merchandise shop.

Rowling has been a vocal force on Twitter against Trump for well over a year. On Sunday, she scathingly called out the president’s latest tweets for his use of the caps lock button. 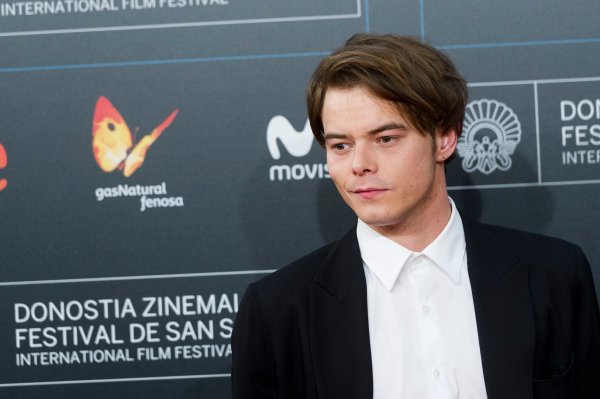 Stranger Things' Star Issues Statement After Being Denied Entry to the U.S.
Next Up: Editor's Pick