By Julia Zorthian and Raisa Bruner

House of Cards creator Beau Willimon found the sexual misconduct allegation against show star Kevin Spacey to be “deeply troubling,” he said in a statement Monday.

Actor Anthony Rapp described a 1986 incident where he says Spacey made sexual advances towards him after a party, according to a Buzzfeed report published Sunday. At the time, Spacey was 26 and Rapp was 14.

Willimon said in a statement to People that he had no knowledge of Spacey acting inappropriately during the four seasons Willimon worked on House of Cards. “Anthony Rapp’s story is deeply troubling. During the time I worked with Kevin Spacey on House of Cards, I neither witnessed nor was aware of any inappropriate behavior on set or off,” Willimon said. “That said, I take reports of such behavior seriously and this is no exception. I feel for Mr. Rapp and I support his courage.”

Spacey responded to Rapp’s allegation, saying he didn’t remember the incident and apologizing for his behavior. He also spoke about his own sexuality, revealing that he was gay. “As those closest to me know, in my life I have had relationships with both men and women. I have loved and had romantic encounters with men throughout my life, and I choose now to live as a gay man,” Spacey said in the statement.

Spacey has been criticized for his decision to come out as gay while addressing Rapp’s allegation against him. Some of those critics are going as far as to say Netflix should cancel House of Cards, one of the first original shows the streaming service produced that received widespread success.

Netflix did not immediately respond to a requst for comment. 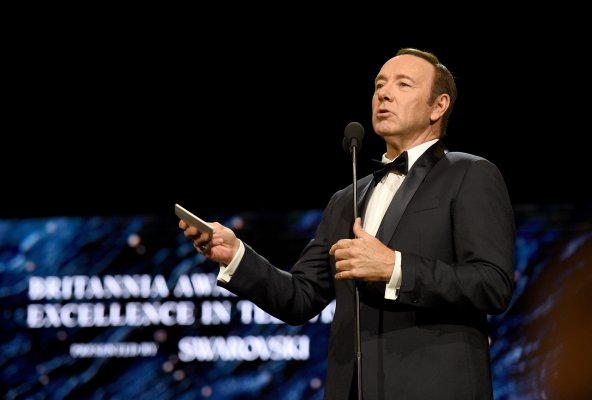 The Cruelty of Kevin Spacey’s Coming Out
Next Up: Editor's Pick