Here's How Unprepared the Internet Was for Taylor Swift's '...Ready For It?' Video

At midnight Thursday night, Taylor Swift dropped her new video for “…Ready For It?” And while she had teased the visual in cryptic Instagram posts in advance, fans were definitely not prepared for the emotional sci-fi journey the Reputation singer was about to take them on.

Between apparent references or similarities to Blade Runner, Ghost in the Shell, TRON, X-Men and HBO’s Westworld, the video — in which a hooded droid Taylor faces off against a second, superpower-equipped-but-imprisoned droid Taylor in a grungy hangar — fans were left parsing through the packed visuals to find the metaphors and messages. But mostly, they were just overcome with the inner-struggle narrative of new Taylor, a battle-ready bot that shows human emotion. Like a supercharged version of her “Bad Blood” persona, new Taylor — both versions, as seen in this video — packs serious punch and is not to be messed with.

As music video director (and frequent Swift collaborator) Joseph Kahn put it in response to the wild reactions: “Love that you are digging deep. Have fun!” There’s no question that the video has plenty of intentional layers to keep fans and conspiracy theorists busy for a while, then. 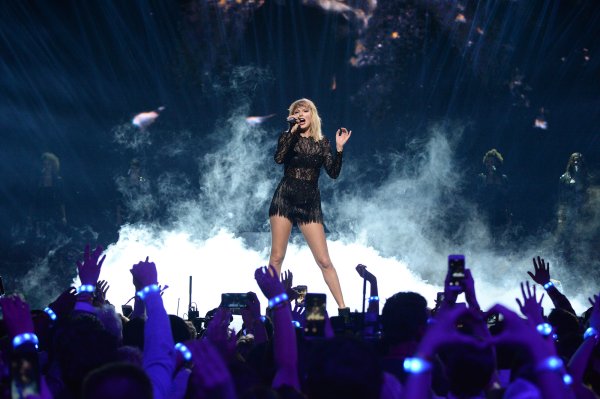 Watch Taylor Swift in the Trailer for "...Ready For It?"
Next Up: Editor's Pick