Do you know what lumaconi is? How about conchiglie? Not to worry: pasta expert and graphic designer David Rudnick is here to help us all.

In a now-viral series of 25 tweets in honor of World Pasta Day, Rudnick methodically and incisively ranks 22 of the world’s “non-primary-canon” pasta shapes. (So that means penne, macaroni, spaghetti, ravioli or linguine didn’t make the cut.) Instead, Rudnick — using a rubric of his own invention and visual aids throughout the Twitter thread — broke down the little-known pasta shapes based on their friendliness to sauces and ingredients, and general deliciousness of the overall experience.

It’s a masterpiece, and few on Twitter can deny that Rudnick is the internet’s new Pasta King.

For example, he describes fusilli bucati as “fractal pasta with near-infinite surface areas.” His least favorite of the options on the table is croxetti. “Pasta NOT a place for Graphics Design,” he explains of the disc-like pasta, which is imprinted with a delicate shape. Then there’s trenne, a triangular-shaped penne, which Rudnick examines with academic rigor. “Triangular shape almost conveys Bladerunner-esque neo-future noir,” he admits, and its “cold, heartless form befits our age,” but ultimately the shape is “unsociable to sauce.” As for the best non-traditional pasta shape? Mafaldine. In careful bullet points, he presents his evidence: It’s “a sauce-holding miracle” and has “enormous surface area yet still fork-navigable.” The final bullet: “Longitudinal Ruffling as art.” (The exacting capitalization is his own.)

Who are we to argue? Better idea: time to hunt down some mafaldine in the pasta aisle and get cooking. For a full education on pasta, explore his entire thread, below. 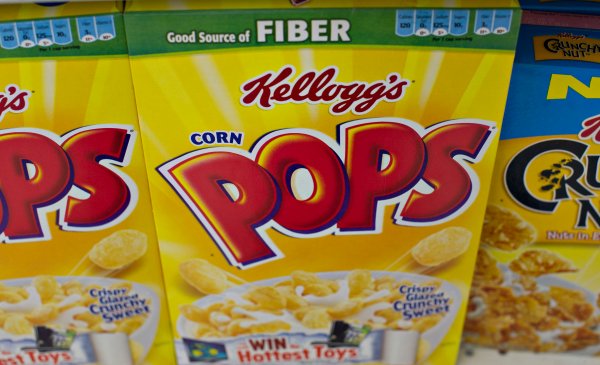 Someone Accused Corn Pops of Being Racist So Kellogg's Is Updating Its Boxes
Next Up: Editor's Pick