President Trump may be feuding with Sen. Bob Corker, but the Tennessee Republican had kind words Wednesday for Secretary of State Rex Tillerson and Ivanka Trump on their efforts to end human trafficking.

The powerful chairman of the Senate Foreign Relations Committee spoke about his efforts to end modern slavery during a panel at the Center for Strategic and International Studies in Washington. The End Modern Slavery Initiative has been one of Corker’s top priorities during his Senate tenure.

“Rex has been really, really supportive of this effort,” Corker said.

Corker described himself as “one of the few strong supporters of Rex Tillerson,” and he repeated that he thinks Tillerson was an “inspired choice” to lead the State department. He expressed his confidence in the State Department’s ability to drive the issue forward despite the department’s overall lack of staffing.

Corker spoke in CSIS’ Exxon Mobil conference room, which displays a plaque commemorating Tillerson’s past leadership of Exxon and on the CSIS board of trustees.

Last month the State Department announced a $25 million award to the Global Fund to End Modern Slavery. The Fund is a public-private partnership that grew from Corker’s End Modern Slavery Initiative Act, which President Obama signed into law in December. The Fund aims to operate similarly to the role PEPFAR has in fighting AIDS, and hopes to raise $1.5 billion. The United Kingdom matched the U.S. contribution in September, and Corker says to expect a partner from the private sector to be announced soon.

The State Department has not appointed a director to the Office to Monitor and Combat Trafficking Persons, but Corker added they hope to have someone in the TIP office soon.

Trump’s daughter and senior advisor Ivanka has remained an ally on Corker’s anti-trafficking initiatives. Last month, when Trump addressed the United Nations, the president’s brief mention of anti-trafficking efforts was drowned out by his comments on North Korea. But Ivanka texted Corker a video of the mention while he was in a hearing, Corker said, “just to make sure I knew.”

Ivanka and Corker have met multiple times as she has sought to make anti-trafficking a top priority of her father’s administration. When the Trumps visited the Vatican in May and Ivanka met with trafficking victims, Corker helped the White House prepare. At the State Department in June, for the release of the 2017 Trafficking in Persons Report, Ivanka thanked Corker for his “unwavering commitment” to the issue.

“She cares about this issue and certainly I think will play a role” moving forward, Corker said.

Corker also said that ending trafficking was a priority in his travels, and he specifically mentioned one of his trips to Southeast Asia. “We stopped in Philippines for the sole purpose of meeting with victims of slavery, hearing their stories, but also meeting with local police there to find out what they were doing to change the culture,” Corker said.

Trump is slated to visit the Philippines at the end of his trip to Asia in early November. Unlike the leadup to Trump’s trip to the Vatican, which included a specific focus on ending human trafficking, Corker’s office has had little involvement in helping the White House prepare for Trump’s upcoming trip to Asia.

Corker, who endorsed Trump in 2016, has openly criticized Trump in recent weeks and has said he will not support Trump’s reelection. Corker is not running for reelection next year, which has given him more political independence from the president and their different visions for the Republican party.

On Tuesday, Corker called Trump an “utterly untruthful president” after Trump claimed he decided not to seek reelection because Trump had refused to endorse him. It was a claim Corker had already disputed two weeks ago, explaining that Trump had asked him to run again, but that he declined.

Corker had previously tweeted that the White House had become “an adult day care center,” and said in an interview that Trump was treating the presidency like “a reality show” and putting the U.S. “on the path to World War III.”

On Wednesday at CSIS, Corker added that he has “no idea” what his post-Senate life is going to be, but that he does not plan to shrink away.

“When I leave here,” Corker said, “I certainly hope to continue my involvement in issues that I care deeply about.” 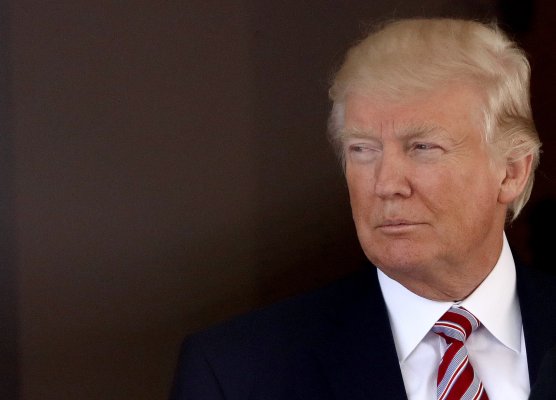