Bob Corker Did Everything But Call Trump a 'Liar.' Read His Full Interview

Tennessee Republican Sen. Bob Corker unleashed a scathing attack on President Donald Trump in an interview with CNN on Tuesday morning, accusing him of “debasing” the country and refusing to say whether he trusted him with the nuclear codes.

Along with a string of acidic tweets from Trump, the back-and-forth amounted to an escalation of the most bitter feud in Republican politics right now. Corker said Trump has “great difficulty with the truth” but stopped short of calling him a liar, adding “we grew up in our family not using the ‘L’ word.”

Corker also said Trump is not a good role model for American children, and that many foreign leaders were “very aware” that much of what he says is untrue.

“People like liddle’ Bob Corker have set the U.S. way back,” Trump said on Twitter in response. “Now we move forward!”

Read the full transcript of the interview with CNN’s Manu Raju, below: 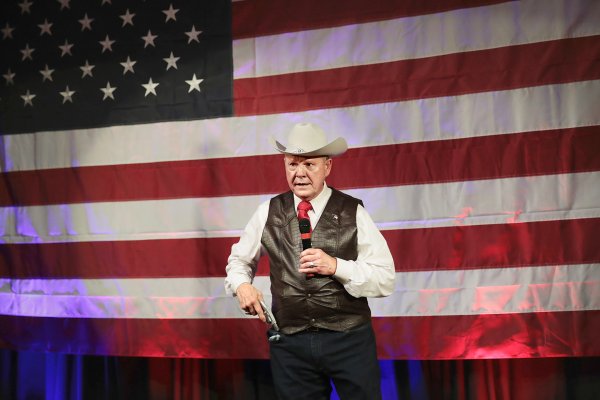 Roy Moore Is Rising in Alabama. Here's How He Could Disrupt Trump's GOP
Next Up: Editor's Pick