Celebrity chef John Besh resigned from his own company Monday amid allegations that he enabled a culture of sexual harassment in his restaurants.

Besh’s resignation comes just two days after more than 25 current and former Besh Restaurant Group employees said they were regularly subjected to inappropriate touching and comments from their male bosses and co-workers, according to an investigation by The Times-Picayune. Others claimed they were propositioned for sex by male superiors. The women who reported the treatment said they were shunned or ignored, according to The Times-Picayune.

Another woman filed an Equal Opportunity Employment Commission complaint alleging that Besh himself attempted to “coerce (her) to submit to his sexual overtures.” When she tried to end the relationship, she said she was subjected to “retaliation” by other employees at the company, according to the report. Besh said that relationship was consensual, but has been working to “rebuild my marriage and come to terms with my reckless actions,” according to a statement.

“I also regret any harm this may have caused to my second family at the restaurant group, and sincerely apologize to anyone past and present who has worked for me who found my behavior as unacceptable as I do,” Besh, a James Beard-award winner who has made appearances on Top Chef and Iron Chef, said. “I alone am entirely responsible for my moral failings.”

In a letter sent to employees on Monday, Shannon White, who will replace Besh as the restaurant group’s chief executive officer, said that Besh “decided to step down from all aspects of operations and to provide his full focus on this family.” Raymond Landry, the general counsel of the Besh Restaurant Group, said in a statement sent to TIME that the company has “revamped” its training, education and procedures to ensure that women feel comfortable coming forward in the future.

“We believe going forward that everyone at our company will be fully aware of the clear procedures that are now in place to safeguard against anyone feeling that his or her concerns will not be heard and addressed free from retaliation,” Landry said.

The allegations come just weeks after two bombshell reports from The New York Times and the New Yorker revealed that Hollywood producer Harvey Weinstein allegedly sexually harassed and assaulted dozens of women over a period of two decades. Weinstein has denied any claims of non-consensual sexual relations. Following the allegations, women took to social media to share their own experiences of harassment and assault, using the viral hashtag #MeToo. 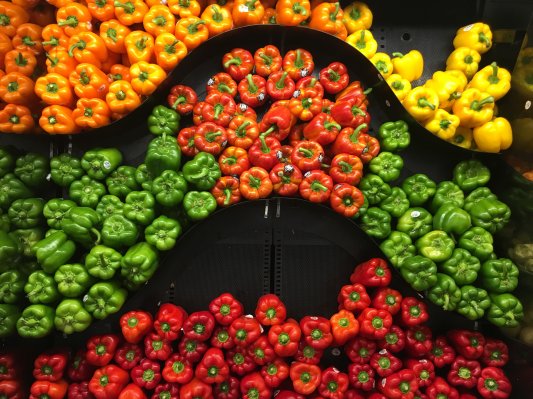 Dozens of Vegetable Products Recalled Amid Listeria Fears
Next Up: Editor's Pick