All 5 Former U.S. Presidents Team Up to Raise $31 Million for Hurricane Victims

All five of the former living U.S. presidents made a rare appearance together in the name of hurricane relief Saturday night. They were even joined by current President Donald Trump — sort of.

Barack Obama, George W. Bush, Bill Clinton, George H.W. Bush and Jimmy Carter attended “Deep From the Heart: The One America Appeal,” a benefit concert at the Reed Arena at Texas A&M University in College Station that has already raised more than $31 million for victims of Hurricanes Harvey, Irma and Maria. Trump also made an appearance in the form of a pre-taped video message that was delivered to concertgoers.

“To Presidents Jimmy Carter, George H.W. Bush, Bill Clinton, George W. Bush and Barack Obama, Melania and I want to express our deep gratitude for your tremendous assistance,” Trump said in the message. “This wonderful effort reminds us that we truly are one nation under God, all unified by our values and our devotion to one another.”

All of the former presidents in attendance besides George H.W. Bush spoke briefly to the crowd — and though they discussed politics, none of them specifically mentioned Trump by name.

“The heart of America, without regard to race or religion or political party, is greater than our problems,” Clinton said.

The concert, which was hosted by country singer Lee Greenwood, featured a number of rock and country performers including Lyle Lovett, Robert Earl Keen, Sam Moore and Yolanda Adams. Lady Gaga made a surprise appearance during the show and tweeted a photo of her with all the former presidents.

More than 60,000 people donated to the presidents’ fund — helping generate millions for the victims of the natural disasters that battered America in recent months, according to the concert’s organizers. Proceeds will be distributed into various charity and relief organizations throughout Texas, Florida, Puerto Rico and the U.S. Virgin Islands.

The concert was not the first time the former presidents teamed up via One America Appeal — though it is the first time they were all together since 2013 during a dedication of George W. Bush’s library in Texas, according to the Associated Press. The five former presidents launched the campaign in September in the aftermath of Hurricane Harvey and filmed a video urging Americans to donate to the relief effort. 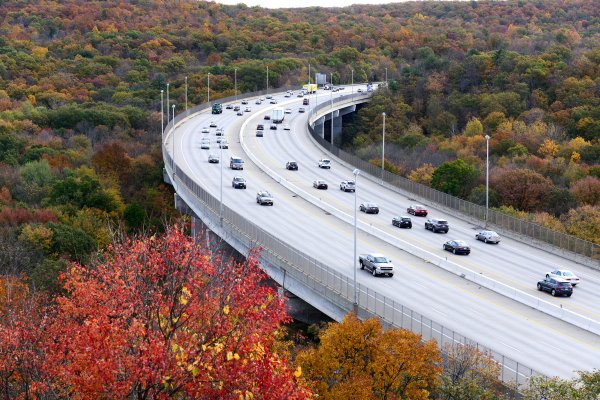 Man Killed by Rock That Teens Threw From Highway Overpass, Police Say
Next Up: Editor's Pick