All the Possible Things Taylor Swift's Song 'Gorgeous' Could Be About

As promised, Taylor Swift dropped new song “Gorgeous” late Thursday night. And, in classic Swiftian fashion, it’s a cheeky, irreverent love song about a powerful crush. (This, after all, is the singer that brought us “It’s a love story, baby, just say yes.”) Known for obliquely detailing her relationships and lifestyle in her lyrics, “Gorgeous” leaves fans a trail of breadcrumbs to trace for clues.

So let’s take a look at the lines from the song that tell her story best, and consider the players in this game.

Since releasing 2014’s 1989, Swift engaged in two high-profile and one (current) low-profile relationship: one with Scottish DJ Calvin Harris, one with British actor Tom Hiddleston, and most recently her very much out-of-the-spotlight dalliance with second Brit actor Joe Alwyn. The opening lines of “Gorgeous” go:

First off, in terms of timeline, we can situate ourselves in adulthood; Swift has never mentioned underage drinking as being part of her youth. Then, “the way you talk” is probably a reference to an accent, possibly of the British variety based on the potential focuses of this song. But given the background of all three of her most recent exes, it’s hard to determine which one, exactly, she’s speaking about.

You could say actors have strong natural charisma, or a “magnetic field.” Hiddleston and Alwyn may both fit the bill here, as the internet suspects.

Swift is 27. Harris is 33. Hiddleston is 36. Alwyn is 26. Harris, as a world-renowned DJ, also pops up at the club quite often. Hiddleston is less generally considered to be the nightlife type, although Swift and Hiddleston did have a much-documented dance-off at a Met Gala party in 2016. But she could be singing about Alwyn, even if the timeline doesn’t quite line up.

Swift often makes fun of herself for being the opposite of the traditional Cool Girl. (See: all of “You Belong With Me,” her latest video for “Look What You Made Me Do,” her love for cats.) She hasn’t changed!

Sunset and Vine denote an intersection in Hollywood. Whiskey on ice is… a drink. Hard to take much away from this one; Swift’s encounters with Alwyn have been primarily in London and Nashville.

OK, here’s a theory: what if Swift isn’t actually speaking directly to a boy? What if this is all metaphor for the way she feels about the Hollywood inner circle, the music industry at large, the specter of global fame? Her turn in the spotlight has certainly brought its lows (along with the highs). And she has a complex relationship with the concept of privacy — something she can’t have, as one of the world’s most sought-after celebrities.

This turns us back to the guys; Swift loves a good eye color reference. Alwyn definitely has blue eyes. So, of course, does Harris — but we can probably count him out by now. The song then devolves into continued reflection on the beauties of this person’s countenance, and how frustrating it is that Swift is already taken.

At last, a lyrical reflection on her beloved cats and a tongue-in-cheek reference to her role in life as a (very chic) Cat Lady. If Swift can’t be a Cool Girl, at least she has the lovely feline Olivia Benson to chill with at night in one of her beautiful abodes. Maybe some of the squad members can tag along, too. Who needs guys, anyway? 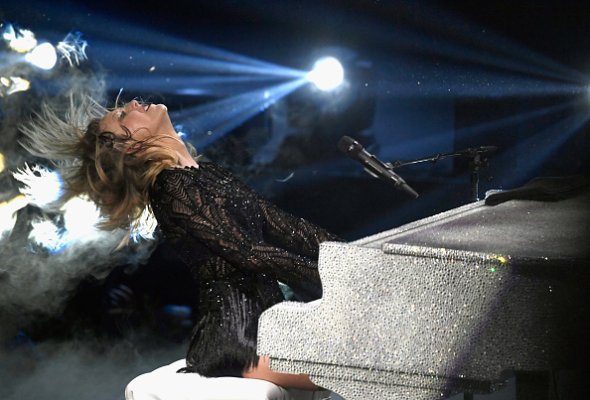 The Internet Has a Whole Lot of Thoughts About Taylor Swift's New Song 'Gorgeous'
Next Up: Editor's Pick