The holidays are coming early for Taylor Swift fans, as she’s gifting eager listeners something special tonight: a new song off her upcoming album Reputation.

Called “Gorgeous,” the song was first teased on Swift’s Instagram on Thursday afternoon; it’s expected to drop at midnight Eastern time, according to her hot-pink posts on the social media platform, which use the same font and typography style as her album cover. There’s not a lot to go off of musically, but the theme of the song is probably something in the vein of appearances. (Hey, that title is pretty direct.)

In the teaser audio clip, a child’s voice can be heard squeaking “Gorgeous” before segueing into a minimalist electronic melody of sorts. And… that’s all we’ve got for now. T minus under 12 hours until it’s out for all of us to analyze in full, though.

“Gorgeous” will be Swift’s third song released off the hotly-anticipated Nov. 10 album, following chart topper “Look What You Made Me Do” and follow-up “Ready For It.” In the last month, Swift has stayed mostly under the radar, although she’s held private listening parties for fans in London and made at least one house visit to surprise a super-fan. She’s also been sending bouquets of flowers and hanging around on Tumblr and Instagram, liking and reblogging certain posts, perhaps in preparation for the new social app she’ll be launching.

The holidays are guaranteed to be filled with Swift, too, as she’s signed on to perform for a number of December music events like Jingle Ball in New York and Los Angeles. Until then, stay “Gorgeous.”

In the meantime, the reactions are major. 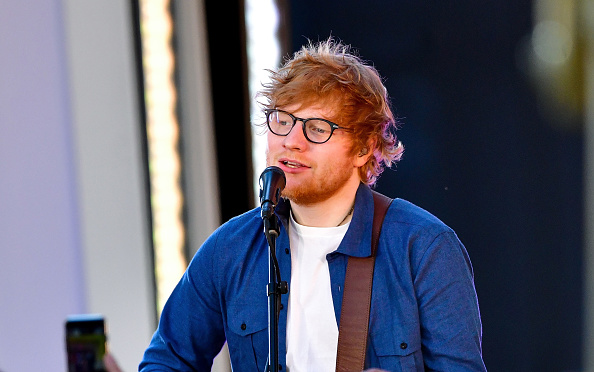 Ed Sheeran Unable to Continue Tour After Injuring Both Arms in a Bike Accident
Next Up: Editor's Pick