There's Still Time to Get This Year's Most Popular Halloween Costumes

As Halloween draws near, some Americans are frantically pulling together a Halloween costume while others have already planned theirs out months in advance.

But no matter where you fall on that spectrum, Halloween is a time when everyone can dress up however they like: as their favorite superheroes, celebrity idols, Disney characters or, for the ones in the holiday spirit, spooky ghouls and ghosts.

Oftentimes, people get Halloween costume ideas from cultural moments or icons of the year. Indeed, Halloween trick-or-treaters and partygoers can expect to see a slew of Wonder Woman costumes — the year’s most popular costume, according to Google — as fans celebrate a big year for the superhero played by Gal Gadot.

Wonder Woman made quite the impact this year as the film centralizing on the superhero broke records at the box office and inspired fans of all ages. Wonder Woman is set to make her return to theaters in the upcoming Justice League, alongside Batman, Aquaman, the Flash and Cyborg.

A number of different versions of the Wonder Woman costume are available for purchase, including ones inspired by Gal Gadot’s look in the recent film, and others with the more traditional DC Comics red corset and blue skirt covered in stars. Costumes are available for children, too.

Amazon is selling several different versions of the costume with different accessories. (And some of them are included on Amazon Prime.)

Perhaps inspired by 2016’s Suicide Squad, Harley Quinn was one of Halloween’s most popular costumes last year — and it appears it will be once again. This year, however, fans have another reason to dress up: a movie depicting Quinn’s romance with the Joker is in the works.

Like those for Wonder Woman, there are several different versions of the costume to reflect those worn in the variety of films featuring the character. Here’s where you can find complete costumes and accessories to complete the look.

While clowns are generally a standard (and terrifying) Halloween costume, it’s possible there may be more clowns out trick-or-treating this year due to the return of It in theaters. The new adaptation of the Stephen King thriller features Pennywise the clown, whose make-up may be simple to replicate with white powder and red lipstick.

You can find costumes for the latest version of Pennywise here, and the look from the 1990 miniseries here. Or, of course, if you want to go as a more traditional clown, other options are available.

The brave and adventurous Moana from the Disney film is near the top of the list of Halloween costumes. Since Moana was released last November, this is the first chance kids, teens and adults have to dress up like the courageous princess for Halloween.

Disney sells costumes for kids here, and adult costumes appear to be available on eBay.

Mythical creatures are commonplace for Halloween costumes, and unicorns appear to be no different. Unicorns had quite the year as well, with a limited-edition Starbucks Frappuccino named after them that sold out at locations quickly.

There are many different ways you can dress like a unicorn — whether its mimicking the popular pool float shown above with gold horn, or in a comfortable onesie. 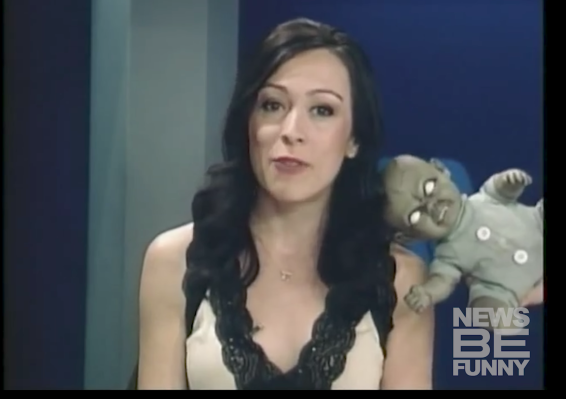 Halloween News Bloopers Are Both Hilarious and Frightening
Next Up: Editor's Pick