Daniel Radcliffe on Harvey Weinstein: 'I'm in Awe' of the Women Who Have Come Forward

Actor Daniel Radcliffe has described the sexual harassment and assault allegedly committed by Harvey Weinstein as “disgusting” and said he hopes the revelations will change Hollywood for the better.

“I’m in awe of them. I am very grateful to them for coming forward,” Radcliffe said, referencing the dozens of women, including Rose McGowan, Ashley Judd and Angelina Jolie, who have come forward with allegations against the disgraced producer. Radcliffe never worked with Weinstein but said he met him “a couple of times.”

“People shouldn’t want to sexually harass people in the first place, but hopefully this moment can at least prove that if you do have that urge you will not get away with it,” the former Harry Potter star told TIME during a press event for his new movie, Jungle. “I don’t want the fear of being caught to be the thing that makes people not sexually harass people, but if that’s what it takes… If there is something positive that can come out of all this awfulness then it will be that.”

Radcliffe added that “weird power structures and hierarchies” exist across many industries. “The hierarchy of the film industry is something I’ve always thought is bullsh-t — to use a technical term,” he said. “It’s something I’d definitely like to see change.”

The actor, 28, said that working on the 2016 comedy-drama Swiss Army Man was the only film he’d ever worked on “with no hierarchy on set.” “The directors had been to college with most of the crew, so everyone was old friends. It was like, this is what filming should be,” he added.

In Radcliffe’s latest role, he plays the real-life Israeli adventurer Yossi Ghinsberg, who found himself lost in the heart of the Bolivian rainforest in the 1980s. 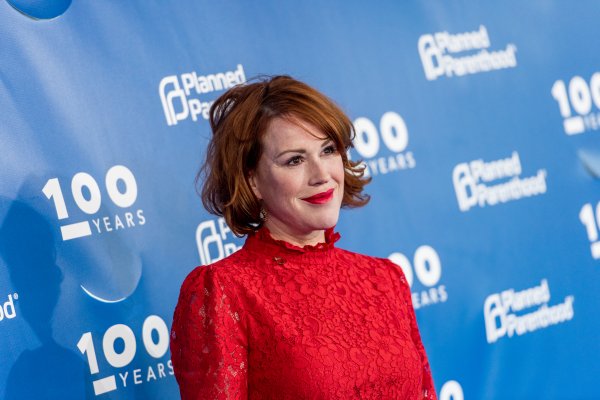 Molly Ringwald Felt a 'Sickening Shock of Recognition' Over Harvey Weinstein
Next Up: Editor's Pick