Molly Ringwald says she has encountered “plenty of Harveys” during her career in Hollywood, speaking out in the wake of numerous allegations of sexual harassment assault against longtime producer Harvey Weinstein.

In a column published Tuesday in The New Yorker, Ringwald described working with Weinstein while making Strike it Rich in 1990, calling him “volatile” and saying she now feels “lucky” not to have been harassed by him.

“While my own Harvey story may be different, I have had plenty of Harveys of my own over the years, enough to feel a sickening shock of recognition,” Ringwald wrote. “When I was thirteen, a fifty-year-old crew member told me that he would teach me to dance, and then proceeded to push against me with an erection. When I was fourteen, a married film director stuck his tongue in my mouth on set. At a time when I was trying to figure out what it meant to become a sexually viable young woman, at every turn some older guy tried to help speed up the process.”

Multiple women have recently accused Weinstein of sexual harassment or assault in incidents spanning decades. Weinstein, who has been fired from his production company, has apologized for his workplace behavior, but has denied any allegations of rape and sexual assault. “Any allegations of non-consensual sex are unequivocally denied by Mr. Weinstein,” a spokesperson said last week. In an explosive New York Times report that opened the floodgates for more allegations, Weinstein said: “I appreciate the way I’ve behaved with colleagues in the past has caused a lot of pain, and I sincerely apologize for it.”

The allegations have sparked a wider conversation about the treatment of women in Hollywood.

“I could go on about other instances in which I have felt demeaned or exploited, but I fear it would get very repetitive,” Ringwald wrote. “Then again, that’s part of the point. I never talked about these things publicly because, as a woman, it has always felt like I may as well have been talking about the weather. Stories like these have never been taken seriously. Women are shamed, told they are uptight, nasty, bitter, can’t take a joke, are too sensitive. And the men? Well, if they’re lucky, they might get elected President.”

Before he was elected, multiple women accused Donald Trump of sexual assault or harassment. He has denied the accusations. 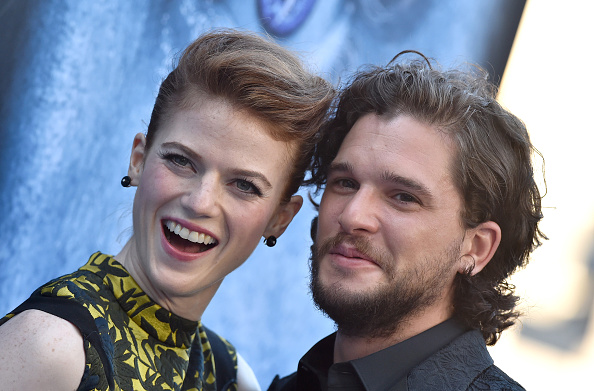 Rose Leslie Once Made Kit Harington Dress Up as Jon Snow for a Costume Party
Next Up: Editor's Pick