Florida Declared a State of Emergency for White Nationalist Richard Spencer's Speech. Here's What to Expect

White nationalist Richard Spencer is scheduled to speak at the University of Florida on Thursday, and Florida Gov. Rick Scott declared a state of emergency in advance, citing the clashes that have erupted at Spencer’s past events on college campuses.

Protesters are expected to march and rally outside the event, while university leaders, fearing conflict, have encouraged students to stay away altogether.

“Now, for the first time in the history of our nation, very different racist groups are coming together under one person who speaks their language and their words and speaks their views on racism and white supremacy,” University of Florida President Kent Fuchs told USA Today. “They’re coming to campus with the intentions of confrontation and with the intention of having all of us repeat their view on the world.”

Scott warned that the “threat of a potential emergency is imminent” in an executive order Monday, mobilizing state, regional and local law enforcement agencies to coordinate and prepare for potential security issues.

“This measure, which came at the request of Alachua County Sheriff Sadie Darnell, is not in response to any specific heightened threat,” the University of Florida said. “It is a process that enables various law enforcement agencies to work together more efficiently.”

The governor’s executive order cited Spencer’s previous events at universities in Alabama, Texas and Virginia that have led to “episodes of violence, civil unrest and multiple arrests.”

Here’s what has happened during Spencer’s other university events over the past year and what to expect this week at the University of Florida:

In August, Spencer organized the “Unite the Right” rally in Charlottesville, Va., that began with white nationalists marching with torches onto the University of Virginia’s campus and ended the next day with deadly clashes between protesters and counter-protesters. Virginia Gov. Terry McAuliffe declared a state of emergency during the protests.

Spencer returned to Charlottesville this month for another rally with torch-carrying white nationalists.

Three people were arrested on charges of disorderly conduct when clashes broke out over Spencer’s visit to Alabama’s Auburn University in April.

The university had tried to cancel the speech due to safety concerns, but a federal judge reversed the school’s cancellation and said there was no evidence Spencer advocated for violence, the Washington Post reported.

“Discrimination on the basis of message content cannot be tolerated under the First Amendment,” the judge wrote.

Hundreds of students protested Spencer’s speech at Texas A&M University last December. Police officers in riot gear formed a wall in front of some entrances to keep protesters from entering the building where Spencer spoke, the Texas Tribune reported. At one point, police officers pushed protesters out of the building, according to the Austin-American Statesman, but no arrests or injuries were reported.

“America, at the end of the day, belongs to the white man,” Spencer said during his speech.

Citing safety concerns, the university more recently canceled another scheduled speech by Spencer in September after organizers linked the event to the Charlottesville rally.

The University of Florida initially denied a request by Spencer’s National Policy Institute to speak on Sept. 12 in the immediate aftermath of the clashes in Charlottesville, but agreed to allow the event to proceed at a later date in the interest of free speech. The university has estimated that more than $500,000 will be spent by the university and other law enforcement agencies for security during the event.

That’s almost as much as the estimated $600,000 the University of California, Berkeley spent in security costs last month when former Breitbart editor Ben Shapiro spoke at the school during “Free Speech Week.” Nine people were arrested, but no one was injured.

Spencer is scheduled to speak Thursday afternoon in the Phillips Center for the Performing Arts, which seats more than 1,700 people. The National Policy Institute changed its ticket distribution plan after protesters and opposing groups planned to obtain and destroy tickets in an effort to deprive Spencer of an audience. Seven hundred tickets will now be distributed Thursday on a first-come, first-served basis.

In interviews this week, Spencer said he was “flattered” by the state of emergency declaration. “I’m up there with hurricanes and invading armies and zombie apocalypses,” he told CNN.

The university is planning to maintain a typical class schedule but will close some buildings in close proximity to the event.

“We live in a country where everyone has the right to voice their opinion, however, we have zero tolerance for violence and public safety is always our number one priority,” Scott said in a statement on Monday. “This executive order is an additional step to ensure that the University of Florida and the entire community is prepared so everyone can stay safe.” 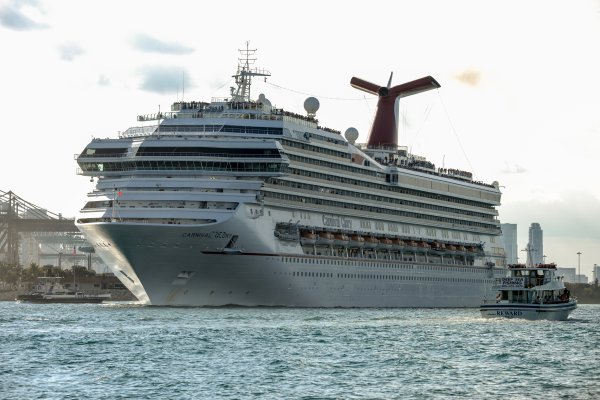 8-Year-Old Girl Dies After Falling From Carnival Cruise Ship in Miami
Next Up: Editor's Pick