The Boy Scouts of America announced Wednesday that girls would be able to join the organization starting with the 2018 program year — giving the Girl Scouts of the United States of America some competition.

But Girl Scouts Chief Customer Officer Lisa Margosian says the group is not worried about it, and is instead focusing on helping girls.

“Yesterday, a new competitor entered the market for us. We’re still on point and focusing on delivering exceptional girls programming by reaching out and serving more girls that reflect the communities we exist in. We are the premiere leadership organization for girls, and we’re working hard to keep relevant,” Margosian said.

Margosian said that the Girls Scouts’ strength lies within its ability to cater specifically to girls.

“We have a 105-year history in understanding what girls’ individual needs are,” Margosian said. She noted that Girls Scouts also conducts research to measure the program’s impact.

The Boy Scouts said the decision to allow girls to join the group came after research showed its programming would be compatible with girls and that the organization received requests from girls and parents to open up the admittance policy.

Margosian said the Girls Scouts’ understanding is that the decision to allow girls to enroll in the Boy Scouts stems from financial hardships the Boy Scouts are facing. The organization made similar remarks to ABC.

“The Boy Scouts’ house is on fire. Instead of addressing systemic issues of continuing sexual assault, financial mismanagement and deficient programming, BSA’s senior management wants to add an accelerant to the house fire by recruiting girls,” the Girl Scouts said in a statement to ABC.

TIME reached out to the Boy Scouts for a comment, but did not receive an immediate response. However, according to the organization’s 2016 treasurer report, the Boy Scouts’ total net assets decreased by about $34.5 million from the year before. In 2017, 17 former scouts also filed a lawsuit against the group, and Reuters previously reported that the organization’s spending was outpacing its revenue growth amid falling membership and earlier lawsuits.

Margosian also said her organization had previously been told the Boy Scouts were not considering allowing girls to enter. However, she noted that it later became more apparent the change was a possibility. It was revealed earlier this year that President Kathy Hopinkah Hannan wrote a letter to Boy Scouts President Randall Stephenson asking him to end his consideration to admit girls and said the group was running “a covert campaign to recruit girls.”

“I think that we knew, we had seen it was coming down the line,” Margosian said. “We would have appreciated more of a heads up or for them to reach out.”

Margosian added that the groups also have a history of working together, though the level of collaboration varies. While some local groups may not work together at all, there are others that share spaces and put programming together, according to Margosian.

“Let me just say,” she said, “we were disappointed.” 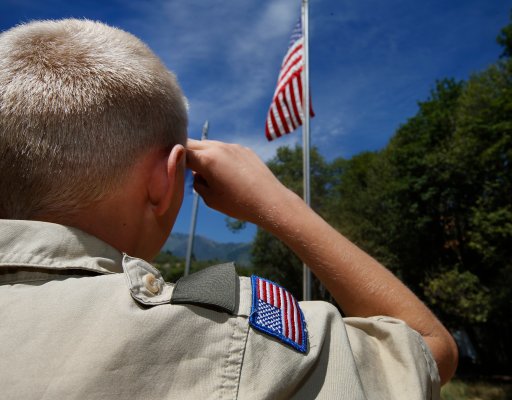 How Different are Boy Scouts and Girls Scouts?
Next Up: Editor's Pick