Rose McGowan’s Twitter account was suspended this week because the actress included a private phone number in one of her tweets, which violates one of Twitter’s policies, the social media platform said.

McGowan has been speaking out against harassment in Hollywood amid Harvey Weinstein’s sexual assault scandal. On Wednesday, she alerted her followers that her Twitter account had been suspended in what she felt was an attempt to silence her.

In a series of tweets Thursday, Twitter said it suspended McGowan’s account because she tweeted a phone number. “The Tweet was removed and her account has been unlocked. We will be clearer about these policies and decisions in the future,” the company said.

“Twitter is proud to empower and support the voices on our platform, especially those that speak truth to power. We stand with the brave women and men who use Twitter to share their stories, and will work hard every day to improve our processes to protect those voices,” it added.

Weinstein, a longtime movie producer, has been facing a barrage of allegations from women in Hollywood who say Weinstein either sexually harassed, assaulted or raped them. Weinstein has denied “any allegations of non-consensual sex,” according to a spokesperson. Last week, he told the New York Times: “I appreciate the way I’ve behaved with colleagues in the past has caused a lot of pain, and I sincerely apologize for it.”

McGowan, who is perhaps best known for her role in the television show Charmed, received a $10,000 settlement from Weinstein over a 1997 incident at a hotel room, the Times reported. 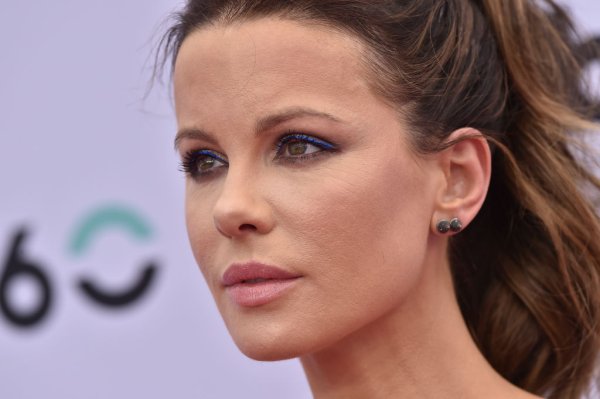 Kate Beckinsale Says Harvey Weinstein 'Couldn't Remember if He Had Assaulted Me'
Next Up: Editor's Pick