Why Do People Insist on Making Awkward Small Talk in an Elevator?

TIME’s new weekly roundup brings you the best and most surprising things happening on Reddit:

Why make small talk with people in an elevator?

A user on Ask Reddit posed the question: “People who try to make small talk for the 20 seconds you are on an elevator with someone else, why do you do that?”

Some of the answers were illuminating:

Tales From the Pizza Guy

Ever wonder if that person who delivered your pizza has some incredible stories? Tales From the Pizza Guy is where delivery drivers share some of their weirdest or most interesting encounters while out on the job.

One of the top posts of all time came from a driver who was given the chance to make a gigantic $30 tip — but only if he could freestyle some dope rhymes. Here’s what he came up with.

If you haven’t heard of Porgs, they’re the almost unbearably cute new alien revealed in the lastest trailer for December’s Star Wars: The Last Jedi. redditors had a good old Photoshop battle so they could edit Porgs onto all kinds of wacky situations (including this movie poster by redditor shashakeitup with a Porg replacing the titular Last Jedi, Luke Skywalker).

The Easiest Way to Figure Out Where to Eat Tonight

Reddit user 03mark87 may have just solved a common relationship problem with his latest invention. He turned an old See n’ Say into a restaurant selector as a birthday present for his wife. If the pair can’t settle on where to go out for dinner, they can simply press down on a lever and a spinning banana will choose where they’ll eat.

If a genie granted you “infinite wealth,” but the FBI was after you for destroying the economy, how would it play out? People had some creative original stories in response to this post on the popular Writing Prompts subreddit, where amateur authors write stories based on a single suggestion. One of the top posts was so popular it turned into a multi-part story about all three wishes. 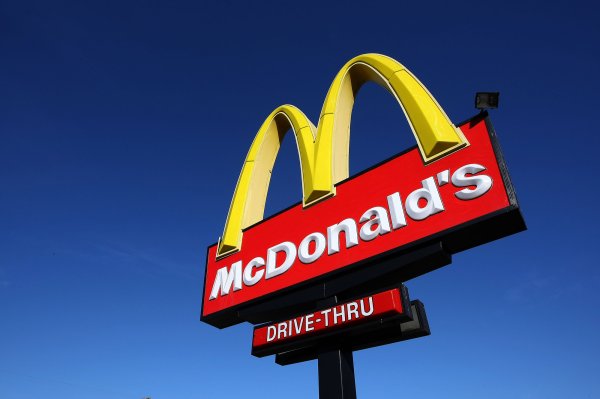 A Zealous Rick and Morty Fan Traded His Car for a Precious Pack of McDonald's Szechuan Sauce
Next Up: Editor's Pick