Nobel Laureate: The Future of DNA Sequencing Will Be in the Palm of Your Hand

A digital representation of the human genome Aug. 15, 2001 at the American Museum of Natural History in New York City. Each color represents one the four chemical compenents of DNA.
Mario Tama—Getty Images
Ideas
By James D. Watson, Andrew Berry and Kevin Davies
Watson was the first director of the National Center for Human Genome Research, received the Presidential Medal of Freedom and was a recipient of the 1962 Nobel Prize for Physiology or Medicine; Berry is a lecturer on Organismic and Evolutionary Biology at Harvard University; Davies is the founding editor of NatureGenetics and the author of Cracking the Genome and The $1,000 Genome; they are the authors of DNA: The Story of the Genetic Revolution.

In January 2014, the then-CEO of Illumina, Jay Flatley, caused a stir at a major healthcare conference in San Francisco when he announced that his company was about to make history by delivering “the $1,000 genome”. For the first time, scientists could piece together the complete sequence of an individual’s genetic code — the 3 billion letters of DNA that make up the human genome — for little more than the cost of a smartphone.

Flatley’s stunning proclamation capped a decade of extraordinary advances in DNA sequencing technology coupled with plummeting costs. The original Human Genome Project, which I helped launch in 1990, took ten years to prepare the first rough draft of a human genome, involved thousands of dedicated scientists worldwide and cost on the order of $2 billion. When I had my own personal genome sequenced in 2007 by Jonathan Rothberg’s company, 454 Life Sciences — one of a handful of “next-generation” DNA sequencing biotech companies — the price tag had reassuringly dropped to about $1 million. Now, Illumina’s new flagship instrument — the HiSeq X Ten — could sequence dozens of genomes in a few days for just $1,000 apiece.

Medical centers and biotech companies rushed to place orders for the X Ten to remain pacesetters in the genome sequencing arms race. Among them were major genome centers in Boston, New York, and the UK, and J. Craig Venter’s company, Human Longevity. Increasingly, Flatley’s decision in 2006 to buy the British company Solexa, which first developed the sequencing platform, for $650 million looks like the biotech bargain of the century. (That technology was developed by two Cambridge University professors, Shankar Balasubramanian and David Klenerman, working just half a mile from where Francis Crick and I assembled the double helix.) Today, an estimated 400,000 people — including volunteers, patients, and clinical trial participants — have had their entire DNA decoded, and a further million people have had portions of their genome sequenced.

The $1,000 genome is a marvelous technological feat but the current sequencing system isn’t perfect. Illumina’s scheme produces millions of tiny DNA fragments, each only about 250 letters in length, which have to be pieced together computationally to assemble the human genome jigsaw puzzle. This makes the final picture less accurate than it might be — imagine doing a puzzle with hundreds of near-identical sky-blue pieces. And Illumina’s latest top-of-the-range sequencer — the NovaSeq — still costs almost $1 million. Is there a better way? Well, maybe.

In 1989, a University of California, Santa Cruz, chemist named David Deamer sketched a radical idea on a yellow legal pad: by threading a strand of DNA through the hole of a molecular ring donut called a nanopore, propelled by an electric current, scientists could infer the DNA sequence by monitoring the shifts in current as each individual DNA building-block passed through the pore. Deamer and colleagues predicted that “the method could in principle provide direct, high-speed detection of the sequence of bases in single molecules of DNA”. (This was still years before we produced the first human genome sequence.)

Those ideas looked cartoonish on paper, but a British biotech company called Oxford Nanopore Technologies is making real progress. Their signature instrument, the minION, is smaller than a smartphone, and connects to a laptop via a USB cable. The device records the electric current as the unzipped double helix zips through the nanopore, and with the help of some nifty algorithms, converts that signal to the corresponding DNA sequence. The individual DNA strands are much longer than the short reads generated on Illumina’s instruments, which helps build complex genome sequences.

That said, the minION does not have the throughput or accuracy to sequence the human genome just yet, but its remarkable portability and ease of use open up a treasure of new markets and applications. Already investigators have successfully taken minIONs into the field and beyond: to West Africa to study Ebola outbreaks, Brazil to research the Zika epidemic, and the International Space Station for real-time microbe analysis. Coming soon, Oxford Nanopore plans to shrink the sequencer further still: the smidgION literally plugs into a smartphone. I believe this nanopore technology — or some siliconized derivative of it — will be the next big thing in DNA sequencing.

Since the discovery of the double helix in 1953, my awe at the majesty of what evolution has installed in our every cell has been rivaled only by anguish at the cruel arbitrariness of genetic disadvantage, particularly as it blights the lives of children. Thanks to our unprecedented ability to speed read individual genomes, more and more patients stand to benefit from what is often referred to as genomic or precision medicine, including cancer patients, critically ill newborns and children otherwise subjected to diagnostic odysseys. Now we’re contemplating the ability to actually edit our DNA thanks to a recently developed gene-editing technology called CRISPR. I have long been an advocate for gene therapy; perhaps in the future, via some kind of CRISPR-type technology, we will be able to intervene, correcting these mutational mistakes and eliminating the burden they inevitably generate.

Adapted from DNA: The Story of the Genetic Revolution by James D. Watson, Andrew Berry and Kevin Davies. Published by arrangement with Alfred A. Knopf, an imprint of The Knopf Doubleday Publishing Group, a division of Penguin Random House LLC. 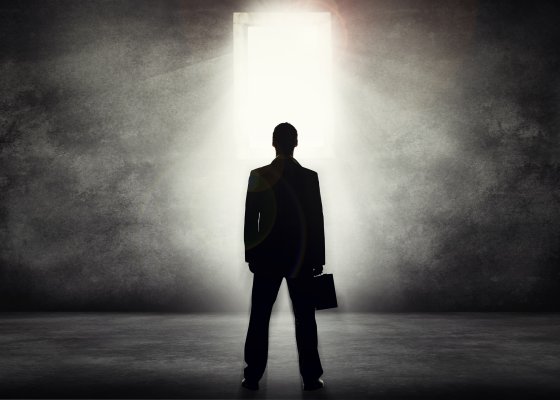