British novelist Kazuo Ishiguro, known for his spare prose style and books rich in repressed emotion, has won the 2017 Nobel Prize for Literature.

Ishiguro, 62, author of The Remains of the Day, has “uncovered the abyss beneath our illusory sense of connection with the world,” the Swedish Academy said in the announcement Thursday morning.

The prize, which comes with a cash award of 9 million Swedish Krona ($1.1 million), is awarded annually to an author who has “the most outstanding work in an ideal direction” in the field of literature, in the words of the prize’s founder Alfred Nobel.

He has been nominated for the prestigious Booker Prize four times, winning in 1989 for The Remains of the Day.

Born in Nagasaki, Ishiguro moved to Britain aged five when his father took a job as an oceanographer. He has said he does not see his work in the vein of Japanese literature, and that his parents never planned to stay in England as long as they did. He lives in London with his wife and daughter.

Ishiguro spoke to TIME in 2015 after the release of his most recent novel The Buried Giant, telling Lev Grossman “I’m a kind of plain writer–that’s always my style”. In 2005, TIME declared another of his works, Never Let Me Go, one of the 100 greatest English-language novels published since the Magazine’s foundation in 1923.

Last year, Bob Dylan became the first-ever musician to win the literature prize for “having created new poetic expressions within the great American song tradition,” the Swedish Academy announced in Stockholm in 2016.

On Wednesday, three researchers based in the U.S., U.K. and Switzerland won the Nobel Prize in Chemistry for developments in electron microscopy. 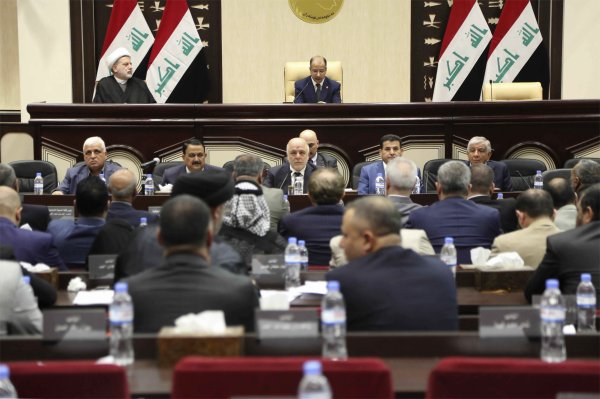 Iraqi Kurds Vote in Favor of Independence
Next Up: Editor's Pick