The Las Vegas Shooting and Our Age of Anger

Anger is one of humanity’s elemental particles. It’s small, unstable, simple to the point of crude. And yet, in the right densities and balances, it’s fundamental to who we are. Lately, in America at least, that balance has been wildly off.

Nobody was responsible for the slaughter in Las Vegas on Oct. 1 except the monster who pulled the trigger — not policymakers in Washington, not anger-stokers on cable TV, not even the gunmakers who manufactured the instruments that made the carnage possible. The killer did the killing — period. But that killing came in a context, and that context is anger.

Americans have made something of a fetish of our rage of late — a fact that’s even been leaking into our language. The base is never just “animated,” it’s always “enraged.” Health care debates are never “spirited,” they’re always “furious.” In the run-up to the 2016 election, a CNN/ORC poll found that 69% of Americans reported being either very or somewhat angry at the state of the nation. That showed itself in a kind of rage voting on both sides of the political divide. Trump! Bernie! Take that.

“The way the Internet and cable news work, outrage over any event can be mustered easily,” says David Pizarro, a professor of psychology at Cornell University. “We feel those emotions strongly in ways we didn’t used to.” Michael Kimmel, a professor of sociology and gender studies at Stony Brook University in New York, refers to this kind of rage as “aggrieved entitlement,” the kind of luxury anger a culture can allow itself when its basic needs like food and shelter are met.

Still, ambient anger can become a culture’s dry leaves — kindling lying everywhere that’s utterly harmless, but only until it meets an errant spark and a good gust of wind. Mental illness may be the spark. As for the wind? Rage or, worse, contempt, can be more than enough — especially in the case of racially or politically motivated killings like Charlottesville or the Charleston church shooting.

“We are increasingly dividing ourselves into in-groups and out-groups,” says Pizarro. “Anger and contempt can cause you to see the other group as less than your own — even less human.” Non-humans, of course, become easier to kill.

Worse, rage easily becomes a contagion, with the emotion passing from one person to the next with the ease of a virus. “Social norms play incredibly important roles in shaping our behavior,” says Linda Tropp, professor of social psychology in the Psychology of Peace and Violence Program at the University of Massachusetts, Amherst. “We look to others in our social environment to learn whether to respond to events with violent or peaceful actions, with hatred or friendliness.”

Certainly, it’s impossible to blame any one mass killing — including the Las Vegas slaughter — on any one set of social variables. Still, in the same way no single heat wave can be ascribed to climate change, but years of record-breaking temperatures point to a planet running a fever, so too does our increasing gun violence suggest a certain national soul-sickness. From 1982 to 2011, mass shootings occurred in the U.S. about once every 173 days — an already horrific figure. Since then, such killings have happened more than three times as frequently — once every 58 days. That rising tide of blood isn’t happening by itself.

In a less combative political environment, reasonable people could agree on reasonable solutions to the gun scourge, or at the very least to study and treat the problem like the public health emergency it is. But the same spittle-flying fury that has us shouting past one another on cable news and talk radio prevents any rational debate in state legislatures or Congress. So the guns — an estimated 300 million of which are currently in circulation — continue to flow into the communities, where they mix with the rage, which bumps into mental illness, and inevitably something blows.

“We live in a culture that doesn’t like multi-variate equations,” says Kimmel, “but there are a lot of variables at play here.”

Murder, of course, can never be reduced to math, but math does have something to say in all this. Change a factor on the left side of an equal sign, and you get a different result on the right. Each of us is a part owner of our national anger, and each of us can play some small role in fixing that problem. 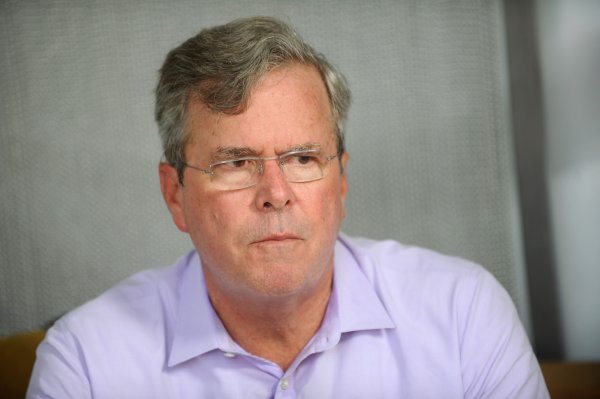 The Graham-Cassidy Proposal Is Better Than Kasich-Hickenlooper
Next Up: Editor's Pick