'You Should Be Fired.' Elizabeth Warren Slams Wells Fargo CEO Over Fake Accounts

Massachusetts Sen. Elizabeth Warren on Tuesday called for the firing of Wells Fargo CEO Tim Sloan, accusing him of enabling the bank’s fake account scandal during which at least 3.5 million fraudulent accounts were created without customers’ knowledge.

“At best you were incompetent, at worst you were complicit,” Warren said. “Either way, you should be fired.”

“What in God’s name were you thinking?” asked Louisiana Sen. John Kennedy.

Sloan defended himself in front of the committee, saying he thinks Wells Fargo has taken significant steps to improve its reputation and that the actions he has taken has resulted in “fundamental change” at the company.

“I’m not afraid to make hard decisions when it’s needed, and I have the support of 270,000 people,” he said, referring to Wells Fargo’s employees. “That’s why I think I’m the right person.”

“Are you kidding?” Warren asked in response. 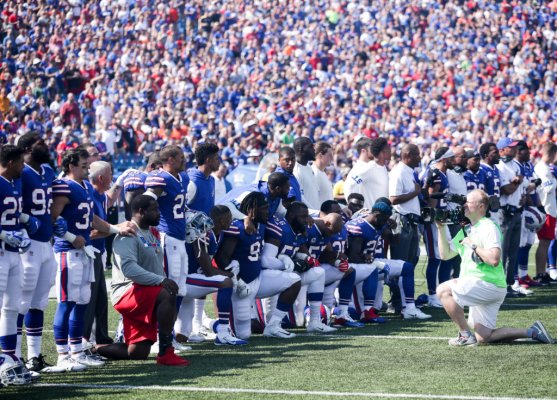 President Trump Urged Fans to Boycott the NFL. So Are Ratings Down?
Next Up: Editor's Pick