Why Are There So Many Conflicting Numbers on Mass Shootings?

No one would argue over whether the horrific massacre at a Las Vegas concert on Sunday, which claimed the lives of 58 people and injured over 500 more, fits the definition of a mass shooting. Nor does anyone quibble over that classification for the Orlando nightclub shooting that killed 49 and injured 53, or Sandy Hook, or Virginia Tech, or any of the other outbursts of gun violence that have claimed hundreds of lives in past decade alone.

But what about the Plano, Texas man who fatally shot his estranged wife and seven other people at a private party just last week? Or the 25-year-old man who opened fire during a church service in Antioch, Tenn. just a few days earlier, killing one parishioner and wounding seven, many of whom remained hospitalized days later?

Under the current federal definition, authorized by President Obama in January 2013, a “mass killing” must involve at least three deaths and occur in a “place of public use,” disqualifying both the Antioch and Plano incidents. A Congressional Research Service Report published two months later acknowledged a lack of consensus on the issue and used its own definition, which required four or more deaths, not including the shooter, occurring in a public place and a gunman “who select victims somewhat indiscriminately.”

As others have already noted, there is a widespread disagreement on what constitutes a mass shooting. The Washington Post‘s Christopher Ingraham identified three broad categories, from the one used by Mother Jones magazine (and TIME), which also limits incidents to public places and three deaths not including the shooter, to the broad categorization used by the non-profit Gun Violence Archive, which includes any incident in which four people were killed or injured, leading to much higher incident counts.

To wit: A Vox article on Monday reports that “[t]here have been more than 1,500 mass shootings since Sandy Hook,” using Gun Violence Archive Data, while Mother Jones‘ database contains only 29 mass shootings in that time. Neither are incorrect. But the discrepancy can easily lead to confusion when different outlets report vastly different numbers using the same term.

“It’s a tricky issue here,” says Avery Gardiner, the co-president of the Brady Campaign to End Gun Violence. The Brady Campaign defines mass shootings as incidents with four or more deaths, not including the shooter — but doesn’t limit the definition to public places or anonymous rampages.

“Some define a public mass shooting as one where the people were chosen indiscriminately. That doesn’t seem right to me,” Gardiner says. She adds that she would “absolutely” include the Plano, Texas incident. “I’d be very uncomfortable with any definition that minimized the role of domestic violence,” she says.

While the definition of a mass shooting may seem like a fairly technical or semantic debate, it has the power to drive the media narrative and the public perception of the scope of gun violence in the U.S. A universally accepted definition is unlikely, but greater transparency in how outlets report the numbers is important when the figures vary so drastically. 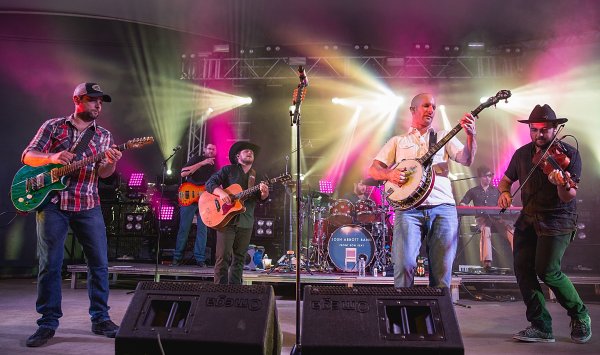 Country Guitarist Who Witnessed Las Vegas Shooting Changes His Opinion on Gun Control: 'Enough Is Enough'
Next Up: Editor's Pick