The mother of a child who was killed in the Sandy Hook elementary school shooting said Congress is culpable for the mass shooting Sunday in Las Vegas that has left at least 58 people dead and 515 injured.

Nelba Márquez-Greene, whose 6-year-old daughter was killed in the 2012 shooting at Sandy Hook, tweeted that Congress is at fault for not taking action on gun control. The shooting in Las Vegas became the deadliest mass shooting in modern U.S. history after gunman Stephen Paddock opened fire on the Route 91 Harvest Festival from his room on the 32nd floor of the Mandalay Bay Resort and Casino.

“This is on every congressperson who said in ’13: There is simply nothing we could do,” Márquez-Greene said Monday.

Erica Lafferty, whose mother was the principal at Sandy Hook when she died in the shooting, said in a statement that the attack in Las Vegas made her feel like she’s failed.

“I’m angry. I’m triggered. I’m terrified. I miss my mom,” Lafferty wrote. “I hurt for her. I feel like I’ve failed. Mostly, I am f—ing sick of this happening ALL OF THE TIME.” 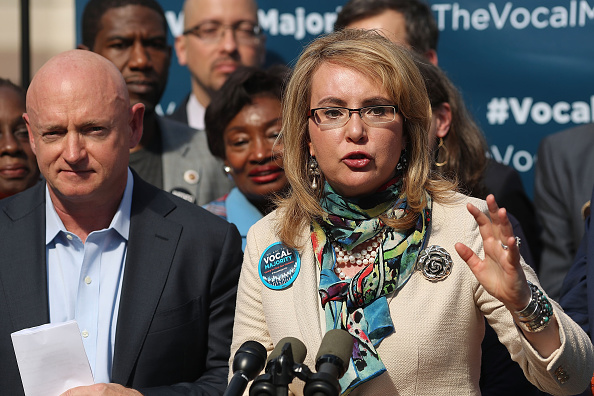 'A Grave Tragedy for Our Nation.' Gabby Giffords Reflects on Las Vegas Shooting
Next Up: Editor's Pick