The brother of Stephen Paddock, the suspected gunman behind a mass shooting at a Las Vegas music festival, said Monday that his family was stunned by the incident.

“We are completely dumbfounded,” Eric Paddock, Stephen Paddock’s brother, said in an interview with the Orlando Sentinel. “We can’t understand what happened.”

Sixty-four-year-old Stephen Paddock opened fire during the outdoor Route 91 Harvest country music festival Sunday from his 32nd-floor hotel room at Mandalay Bay Resort and Casino, located across the street from the festival venue. More than 58 people were killed and at least 515 people were taken to area hospitals, in the deadliest shooting in modern U.S. history. Paddock was found dead in the hotel room with at least 10 guns, authorities said Monday.

Eric Paddock told the Las Vegas Review-Journal that he’d never known his brother to have so many guns.

“He might have had a gun or two, but he didn’t have a huge stock of guns,” he said.

Other family members told the Washington Post that Stephen Paddock, who lived in Mesquite, Nev., spent his retirement traveling to Las Vegas to gamble and attend concerts in area hotels and that nothing in his past would suggest violent behavior.

Eric Paddock, who is based in Central Florida, told Reuters that the family was “bewildered” by what happened. 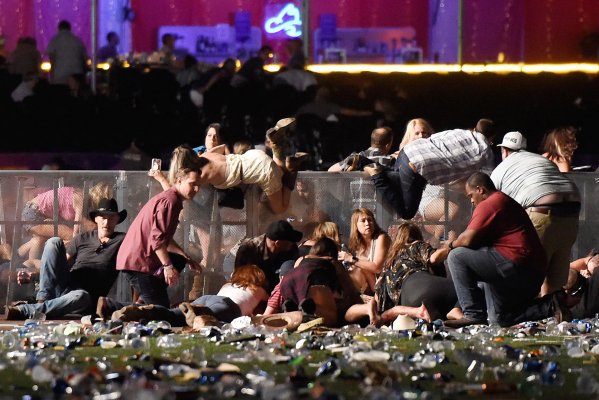 ‘Beyond Horrific.’ How the World Is Reacting to the Las Vegas Shooting
Next Up: Editor's Pick