How President Trump Responded to the Las Vegas Shooting

President Trump addressed the nation Monday as it mourns yet another mass shooting. The massacre in Las Vegas claimed the gruesome distinction of the most deadly mass-shooting in the nation’s history Sunday, as the gunman, identified by police as Stephen Paddock, opened fire on country music festival attendees from the 32nd floor of a nearby hotel. Trump called the shooting “an act of pure evil” and pledged support for all those affected by the tragedy.

The federal government’s response to Hurricane Maria in Puerto Rico and the U.S. Virgin Islands is ongoing, with more aid and personnel flowing into the territories each day. But the Trump Administration has found itself on the defensive over the pace of the assistance, with the president lashing out at critics online.

Trump is still scheduled to tour the devastation in Puerto Rico Tuesday, and he announced he will visit Las Vegas on Wednesday to meet with victims, first responders, and their families.

Donald Trump Ran Against Wasteful Spending. Now His Own Cabinet Is Under Fire
It’s a culture problem [TIME]

Trapped in the Mountains, Puerto Ricans Don’t See Help, or a Way Out
The slow pace of response frustrates victims [Washington Post]

Trump Tells Tillerson Talking to North Korea Is A Waste of Time
The president, in tweet, also says the U.S. will ‘do what has to be done’ with North Korea [Wall Street Journal]

“My warmest condolences and sympathies to the victims and families of the terrible Las Vegas shooting. God bless you!” – President Trump in a Monday tweet

“Hopefully this might have pulled us a little bit closer together. It’s easy for that to go away, but — I would hope that we — we focus on how we can achieve some of those things that we haven’t been able to get done yet.” — Rep. Steve Scalise to ’60 Minutes’ as he returned to work after being shot this summer

Donald Trump: Puerto Rico Wants ‘Everything to Be Done for Them’ [TIME]

Scalise: ‘They Said I Was Within a Minute of Death’ [Politico] 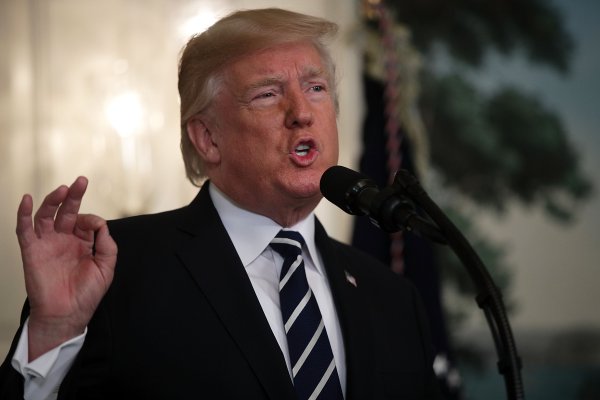 'Our Unity Cannot be Shattered by Evil.' Read President Trump's Remarks on Las Vegas Shooting
Next Up: Editor's Pick