President Donald Trump did an about-face Saturday when he praised officials in Puerto Rico after saying San Juan Mayor Carmen Yulín Cruz and others have “poor leadership ability.”

Over the span of numerous tweets Saturday afternoon, Trump complimented Governor of Puerto Rico Ricardo Rossello and Congresswoman Jennifer Gonzalez-Colon of Puerto Rico and said the “Fake News Media” are working overtime and with Democrats.

“Despite the Fake News Media in conjunction with the Dems, an amazing job is being done in Puerto Rico. Great people!” Trump tweeted.

Trump continued to speak out against Cruz’s complaints, who pleaded for more help during a press conference Friday.

“Results of recovery efforts will speak much louder than complaints by San Juan Mayor. Doing everything we can to help great people of PR!” Trump tweeted.

Trump also said that FEMA and the military are doing great work in Puerto Rico and the U.S. Virgin Islands.

The tweets came after Trump began facing criticism for his earlier tweets slamming Cruz and others saying “they want everything to be done for them.” 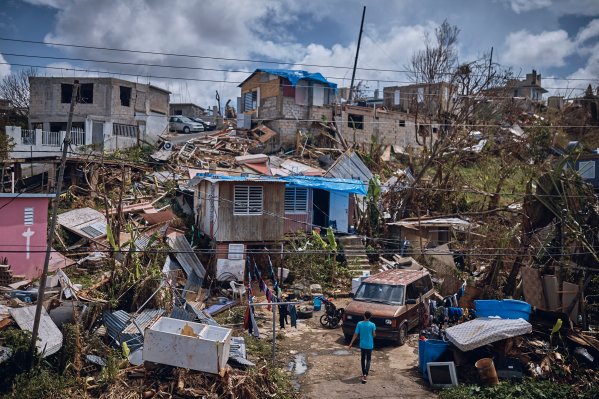 The San Juan Mayor Asked for More Aid for Puerto Rico. Here’s How You Can Help
Next Up: Editor's Pick