The trio sat down to watch a game of wheelchair basketball, joined by Biden’s wife Dr. Jill Biden. Former first lady Michelle Obama did not come to the game, although she and Obama have met with Harry and the royal family numerous times before. Prince Harry’s girlfriend Meghan Markle also made some well-publicized appearances during parts of the Invictus Games.

The group also stopped to take pictures with others in the crowd. Obama tweeted about attending posting, “Proud to cheer on Team USA at the Invictus Games today with my friend Joe. You represent the best of our country.”

While President Donald Trump did not attend the games, First Lady Melania Trump did, where she met Prince Harry. 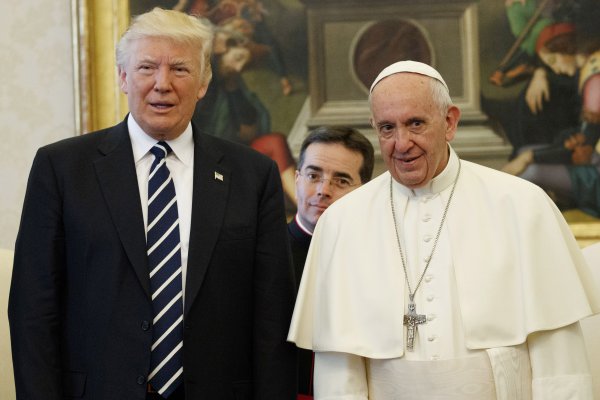 Pope Francis Is Writing About Fake News
Next Up: Editor's Pick