Ellen Pao Has Some Sage Advice for Dealing With Sexism

Ellen Pao made history when she sued her employer, the powerful Silicon Valley venture capital firm Kleiner Perkins, for discrimination in 2015. She accused the firm of blocking women and people of color from meetings, email discussions and networking events, and of cultivating a boys-club culture in the office, filled with racist and sexist language. She lost the case but broke open a conversation about the pernicious problems of sexism and racism in the tech industry.

Pao spoke to TIME about what women who experience sexism or harassment in the workplace should do, her reaction to that Google engineer’s memo and how Susan Fowler’s blog post about sexism at Uber is forcing change.

TIME: You write in your new book, Reset, about how Kleiner Perkins tried to get you into arbitration, which would have kept your case private. Why did you say no?

Ellen Pao: Arbitration is generally part of most employee contracts at large companies in most industries. I think it hinders the free flow of information. It’s supposed to be designed to allow for faster, cheaper resolution. But it often ends up covering bad behavior. I think we’ve seen with the revelations at Fox News that persistent harassment was hidden.

Is there anything in the case you wish you had done differently?

Everyone who thought there was bias in tech got booted off the jury pool [for being sympathetic to the plaintiff]. If you look today, bias in tech is an acknowledged fact. So the people who were grounded in fact were pushed out, and you wound up with a jury of people who had the wrong impression of the industry. That made a huge impact.

Do you worry that encouraging women or minorities to speak up discourages companies from hiring them?

That’s just a terrible way to run your company. Almost nobody litigates. It’s draining financially, psychologically, emotionally and professionally. Betting your company on that 0.01% risk that someone will sue makes no sense.

What would you advise women who experience sexism or harassment in the workplace to do?

Get out. These are people who are just not going to accept you. You’re not going to get promoted. You don’t have to prove yourself because there’s no way to do that. If you don’t have other opportunities, try to find someone else to work with within the company.

Some people argue that the reason few women make it to the executive level is that they opt out to have kids. Do you think that’s true?

That has not been my experience. The Kapor Center recently conducted a national study looking at why people leave their tech jobs. The biggest reason was workplace culture. When people hear sexist comments, when they feel they are unfairly critiqued, when they see people being promoted for opportunities they should have been promoted for, they leave. It’s not that they suddenly want to be stay-at-home moms. They’re just tired of the sexism.

What do you make of a situation like that of Megyn Kelly, where someone endures harassment but moves up the ladder in spite of it?

There are times when your best bet is to stay, even if there are problems. Racism and sexism are systemic issues in tech, so there aren’t many places you can go where you’re not going to encounter some form of them.

What tech companies are succeeding at inclusion?

There are no companies that you can call successful—where 50% of the executives are female, where racial diversity reflects the population.

What was your reaction to the Google engineer’s memo earlier this year?

I was relieved to see the CEO fire him, because when you have somebody in your organization who believes that women are biologically inferior engineers, I don’t know how you build an inclusive culture around that. That there are people who continue to believe that women lower the bar is incredibly disappointing but unfortunately not a surprise.

How has society’s perception of sexism in tech changed since your case?

When I litigated, people didn’t believe me. They didn’t understand how the culture in tech and venture capital worked. And if you look at the reception of Susan Fowler’s blog [on sexism at Uber], there was a belief that this had happened. I think it’s because there have been many women and men who have shared their own experiences. Calling out these problems over the past five years has made a difference.

If people continue to share their stories, it helps others to understand the scope and nature of the problem.

Part of what seemed to make a difference at Uber is people started deleting the app in protest. Do users have a moral obligation to vote with their dollars?

It depends. There are some people who might have constraints that require them to get the cheapest services available, and they’re limited in their ability to switch. But I do think people should be voicing with their dollars. It also makes a difference when people speak up on their Twitter account. We’ve seen people on Twitter pressure companies who were advertising on alt-right sites to take their ads off. If you can, it’s important that you make a statement and that your spending aligns with your values.

As CEO of Reddit, you shut down some abusive sub-reddits. Where should social media sites draw the line between free speech and abuse?

The line is clear: when there’s behavior that is intended to cause people to be pushed off a platform, your platform is no longer encouraging free speech. The whole concept of free speech is oriented around different voices being able to share and discuss ideas.

If you’re not vigilant you end up with what Reddit had in 2014, which was a site that was just unauthorized nude pictures. All of the good conversations got pushed off because it was the only site that was allowing that content. Is that what you really want your site to be?

What do you want people to take away from reading Reset?

We haven’t really started our journey for real inclusion. We’re beginning to see and understand the problem and believe it is a problem. But that’s just the first step. Now we need to make inroads into solving it. 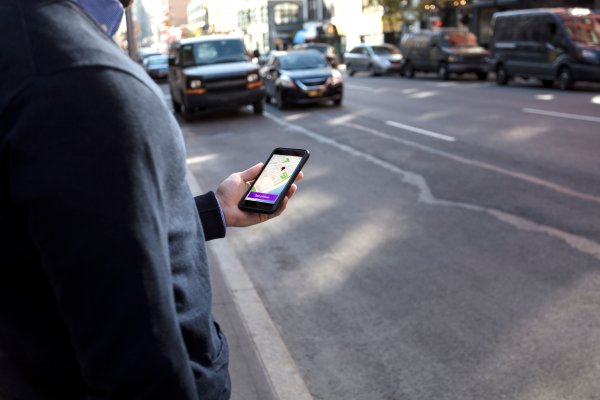 Rideshare Startups Could Tackle the Senior-Transport Crisis
Next Up: Editor's Pick