Puerto Ricans face a wide range of challenges in the wake of Hurricane Maria, including a mass power outage and shortages of food and water. As mainland Americans with extra resources think of ways they can help, they might look to Pitbull for inspiration: The rapper sent his private plane to the island to bring cancer patients to the mainland U.S. for chemotherapy treatments.

The news came by way of a tweet from Jenniffer González, the a representative of the U.S. territory in Congress, who wrote in Spanish, “Thank you @pitbull for lending your private plane to move cancer patients from PR to USA so that they can get chemo.”

In a statement to the Daily News on Tuesday, Pitbull, who is Cuban, said, “Thank God we’re blessed to help. Just doing my part.”

Pitbull is one of more than 30 artists who’ve joined forces with Jennifer Lopez and Marc Anthony for the initiative “Somos Una Voz,” a coalition of “artists working together to rush food, shelter, medicine, power and communications to those in need from the effects of recent natural disasters,” according to NBC News. Lopez has reportedly donated $1 million to relief efforts, and Despacito singer Daddy Yankee donated $100,000 to Feeding America and another $100,000 to the Red Cross. 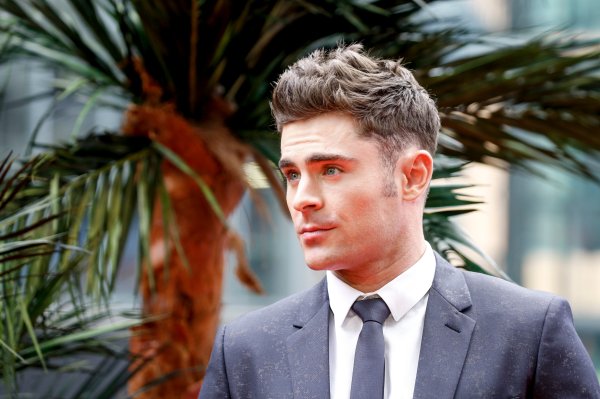 Here's the Celebrity Zac Efron Would Do a Love Scene With
Next Up: Editor's Pick