Kit Harington and Rose Leslie Are Engaged. Finally, a Game of Thrones Wedding Fans Can Root For.

Big news for Jon Snow fans: the King of the North is officially on the marriage track with a real-life queen of his heart, fellow Game of Thrones actor Rose Leslie. Best known as Kit Harington’s character’s wildling love interest and fellow fighter Ygritte in the popular HBO show, Leslie and Harington first sparked dating rumors back in 2012 before appearing publicly together for the first time in spring of 2016.

Now, however, PEOPLE reports that a source has confirmed the two are engaged.

“If you’re already attracted to someone, and then they play your love interest in the show, it becomes very easy to fall in love,” Harington told L’Uomo Vogue back in 2016. Leslie moved in with him this year according to a June appearance on James Corden’s show. At that time, fellow guest Nicole Kidman prodded Harington about his proposal plans — but he said he was taking things “step by step.”

Harington and Leslie are major fan favorites, thanks to some seriously memorable (and steamy) scenes they’ve shared in the fantasy show. While Daenerys Targaryen may have caught Jon Snow’s eye onscreen for now, it’s clear that Ygritte has been the one for him all along.

Game of Thrones returns with its final season next year. Until then, we’ll have to satisfy ourselves with the real-life drama these actors are happily playing out.

People are already excited about it. 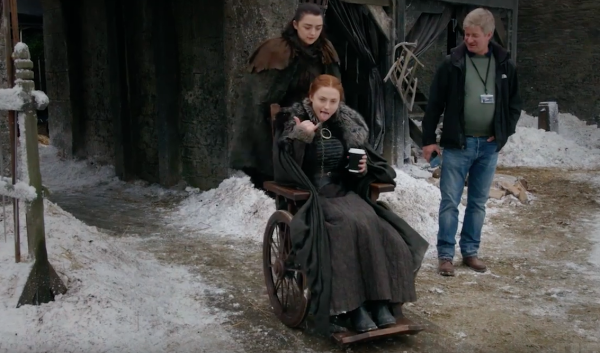 Arya and Sansa Can't Stop Goofing Off in These Hilarious Game of Thrones Outtakes
Next Up: Editor's Pick