America Has an Emergency Alert System. Here's What You Should Know About It

One of the many duties of the Federal Emergency Management Agency (FEMA) is to sent out alerts or warnings for natural disasters or crises to Americans to keep them updated about potentially dire situations.

Over the years, the ways in which FEMA alerts the public have changed and grown more robust — particularly in response to Hurricane Katrina in 2005 and the devastating destruction it caused. But to ensure the federal agency’s alert system works, FEMA conducts a series of tests — from the local to the national level — of the system, which spans across television, radio and broadcast channels.

The next nationwide test of the alert system will be Wednesday at 2:20 p.m. E.T. — just after a number of destructive hurricanes have caused immense damage to the U.S. and its territories and fast-moving wildfires continue to burn across the west.

On Wednesday, FEMA will conduct a one-minute test of the Integrated Public Alerts and Warning System (IPAWS) across “radio, television, cable and direct broadcast satellite systems” to gauge its readiness on a national level. (It will not appear on cell phones.) This is the third time such a test has been conducted.

“The test will also provide valuable data into how the Integrated Public Alerts and Warning System (IPAWS) performs during and following a variety of conditions,” FEMA said.

What are these alerts?

These alerts are used to ensure that Americans are notified in a timely and efficient way when a national or natural crisis occurs.

For Wednesday’s test, the message displayed on all platforms will read, “This is a national test of the Emergency Alert System. This is only a test.”

The agency first tested its emergency alert system in coordination with the Federal Communications Commission and other federal partners in Nov. 2011, and again in Sept. 2016.

When and why did these tests start?

IPAWS first came about following an executive order under former President George W. Bush’s administration after Hurricane Katrina that established an office to create, manage and test a better emergency alert and warning system for Americans. In addition to national tests, FEMA conducts regular tests on the local, county, state, regional and territorial levels of the emergency alert system. With each test, FEMA develops a report based on its functionality and effectiveness, as well as recommendations for how the service can improve.

This upcoming test in particular will give broadcast and cable operators a chance to ensure the ways they improved from the last national test were done so correctly, a FEMA spokesperson told TIME.

What did the last tests show?

In its last national test in Sept. 2016, FEMA reported that 88 percent of the emergency alert system were able to “receive and relay the test message.” Additionally, FEMA said the test “elevated public awareness” about the program and saw that a majority of stations that relayed the message did so clearly. 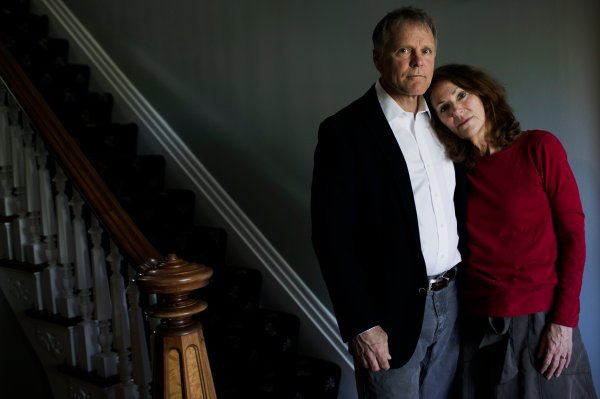