Here's How Standing for the National Anthem Became Part of U.S. Sports Tradition

Over the weekend, following President Trump’s continued criticism of athletes choosing to protest by kneeling during the national anthem, NFL players across the country were faced with the question of what to do while “The Star-Spangled Banner” played before the game. More than 200 players chose to sit or kneel.

But how did the national anthem become such an integral part of professional sporting events in the U.S.?

“The earliest documented performance [of ‘The Star-Spangled Banner’ at a baseball game] occurred on May 15, 1862, during the opening game played at Union Base Ball and Cricket Grounds in Brooklyn, New York,” Marc Ferris writes in Star-Spangled Banner: The Unlikely Story of America’s National Anthem. But as he later explained to NPR, hiring a band was a big enough cost that the anthem was saved for “special occasions” like opening day.

One famous example of this kind of special occasion was the first game of the World Series on Sept. 5, 1918.

Americans were so rattled by World War I that the game “almost didn’t happen,” according to the World War I Centennial Commission. “Out of respect for the soldiers, baseball officials wanted to cancel the World Series between the Boston Red Sox and the Chicago Cubs. When it became known, however, that American soldiers fighting in France were eager to know the Series’ results, the games commenced.” (On a more local level, Chicagoans were particularly on edge after a bombing at a federal building that housed a post office left four dead, with many suspecting that labor activists were behind it at a time when anti-union sentiment was high.)

Red Sox third baseman and furloughed U.S. Navy sailor Fred Thomas’ rendition of “The Star-Spangled Banner” was so moving that the New York Times led its recap of the game not with a rundown of the athletes’ performance, but rather with an assessment of Thomas’s performance:

However, while the Times referred to the song as the national anthem, that was not technically the case yet. The song was then just an anthem for the U.S. Army and Navy, but it would prove to have legs (even if the Cubs’ World Series record would not). “The outpouring of sentiment, enthusiasm, and patriotism at the 1918 World Series went a long way to making the (song) the national anthem,’’ John Thorn, Major League Baseball’s official historian, told the Associated Press in July.

President Herbert Hoover signed a bill into law making “The Star-Spangled Banner” the official anthem of the U.S. in 1931, giving the country a national anthem for the first time.

During the World War II era, with the addition of sound systems that allowed the playing of recorded music at ball games, the performance became standard and moved from the seventh-inning stretch to the beginning of the game, Ferris has said. The tradition spread to football games, too.

At the end of the war, after Japan announced it would surrender, NFL Commissioner Elmer Layden called for all of the league’s teams to play “The Star-Spangled Banner” at their games, arguing, “The National Anthem should be as much a part of every game as the kick-off. We must not drop it simply because the war is over. We should never forget what it stands for.” 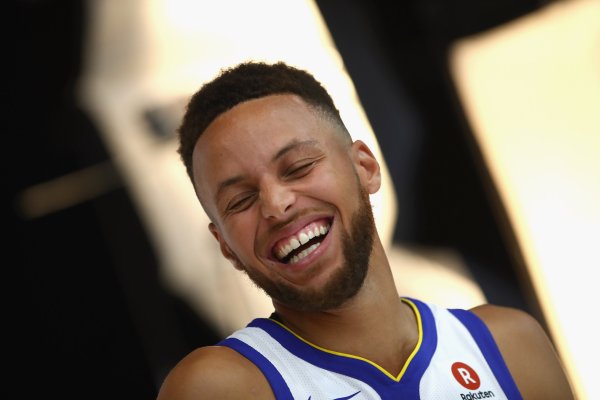 Athletes Beat Donald Trump In the Sport of Trash Talk
Next Up: Editor's Pick