“The Columbine era destroyed my entire career at the time,” Manson said in an interview with The Guardian.

Manson was partially blamed for the shooting, which left 15 dead including the two shooters, when the perpetrators were mistakenly believed to be fans of his music. However, The Guardian noted that he continues to fill arenas and get roles in shows like Salem and Sons of Anarchy.

“Give them the money and let them make their own choice: guns or records. If [the Columbine killers] had just bought my records, they would be better off. Certain people blame me for the shootings at schools – I think my numbers are low, and hopefully they go up on this record,” Manson said.

He said he even received “hundreds” of death threats when playing in Colorado, the state where Columbine occurred, following the shooting.

“No, I don’t miss that at all,” Manson said. “It made everyone around me upset. And I discovered that police bomb dogs are also drug dogs. So when there were bomb threats, I had a very difficult time hiding my narcotics.” 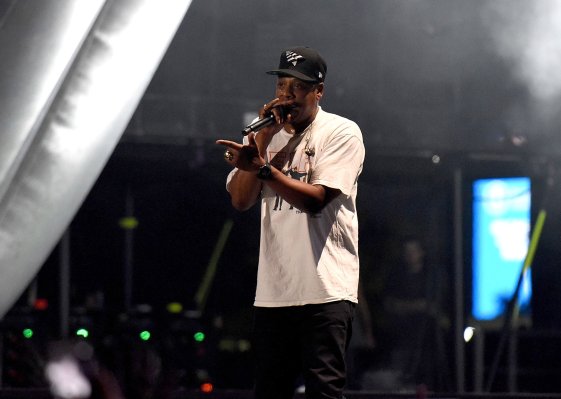 Jay Z Says President Donald Trump 'Is a Joke'
Next Up: Editor's Pick