North Korean leader Kim Jong Un has responded to President Donald Trump’s speech on Tuesday at the United Nations General Assembly. During his speech, the U.S. President described Kim as a “Rocket Man” on a “suicide mission,” and said that if “forced to defend itself or its allies, [the U.S.] will have no choice but to totally destroy North Korea.”

Two days later, Trump issued an executive order expanding the Treasury Department’s ability to target anyone conducting significant trade in goods, services or technology with North Korea and to ban them from the U.S. financial system.

In response, a statement by Kim Jong Un was released by KCNA, North Korea’s official Korean Central News Agency. In his statement, the leader calls Trump a “dotard” — a person in a state of “senile decay marked by decline of mental poise and alertness,” according to Merriam-Webster — and describes him as “mentally deranged.” Read his remarks in full below. 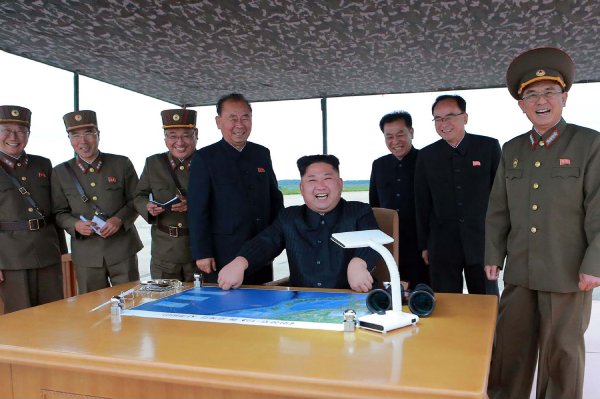 A Brief History of North Korea's Insults Toward World Leaders
Next Up: Editor's Pick