The Mexico City Earthquake Is a Warning for Americans

Miles is the author of Quakeland: On the Road to America’s Next Devastating Earthquake.

We are only beginning to understand the full damage of the earthquake in Mexico City: at least 230 dead, including at least 21 schoolchildren; nearly 50 buildings flattened; entire communities without power or cell phone coverage. It’s a grim reminder of just how devastating a seismic event can be. But what is particularly chilling is that this quake could have been much worse.

Monday’s earthquake was an M 7.1. That M stands for “magnitude,” or the amount of energy released in a quake. Magnitude is measured exponentially: in other words, the 1906 quake that leveled San Francisco, an estimated M 7.8, was over eleven times stronger than the one in Mexico this week. The San Francisco quake was by no means the strongest to shake the United States, and seismologists agree the potential for a similar quake to shake our country isn’t just real — it’s also a lot more pervasive than most of us realize.

Earthquakes are not just a Mexico problem. And for Americans, they aren’t solely a California problem. Salt Lake City. Memphis. Los Angeles. New York. Anchorage. Washington, D.C. Seattle. Each of these major cities is at risk for a damaging earthquake — without including the many of smaller municipalities at risk. And in many ways, they are not as prepared as Mexico City.

The recent quake occurred on the 32nd anniversary of the city’s deadly 1985 quake, which killed approximately 10,000 people and destroyed 30,000 buildings. Since then, Mexico has done a great deal to shore up its earthquake preparedness. In 1991, the country launched its earthquake early-warning system — the first in the world, and one that has been emulated by countries like Japan, Taiwan and Romania. With the advent of smartphones, these programs have become remarkably sophisticated: on Monday, hundreds of thousands of individuals in and around Mexico City received texts alerting them to the impending quake. Some had a full minute to duck and cover, to grab go-bags, to locate their children and other loved ones. That doesn’t sound like much time, but those seconds can often mean the difference between life and death — and they are surely part of why Monday’s death toll, while undeniably tragic, wasn’t significantly higher.

In the years after the 1985 quake, Mexico instituted a national earthquake drill program, which residents were practicing in the hours before this quake. Many people undoubtedly survived because they knew how to evacuate a building safely and where to go when if they couldn’t get out. The country also instituted new building regulations that take into account soil types and the ways in which materials bend and shift during seismic activity.

Here in the United States, we have our own seismic building codes. But as seismologists and structural engineers told me again and again as I researched my book, these codes don’t go far enough. Most of them are written so that people can exit a building, not so that the building can be safely occupied after a quake. Beyond that, most of the codes only apply to new construction. What that means is that, if your children attend a school constructed before the code was approved, they are in a building that could well collapse in a significant quake. And because our country has not initiated a national earthquake preparedness program or an early-warning system, few of us will either know that the quake is coming or what to do when it arrives.

It doesn’t have to be this way. On a local level, we can take action like the town Westport, Washington — a small, working-class fishing community at the base of the Olympic Peninsula. Residents there approved a bond initiative to build a tsunami refuge on the roof of their elementary school. The platform can accommodate 2,000 people, and kids in the school district regularly practice drills so that they can reach the platform in seconds flat.

We need more of this kind of visionary thinking here in the United States. It wouldn’t take a quake nearly as strong as Monday’s to do real damage. In fact, emergency managers estimate that even a moderate quake in New York City would create more rubble than 9/11. That rubble would come from collapsed brownstones and brick buildings. It would impede first responders, making it potentially impossible to extinguish fires and get help to those seriously injured.

The question isn’t whether or not that quake will occur. Rather, it’s only a matter of when. And it’s the same question in many of our nation’s cities — places like San Diego and Tulsa and St. Louis and Charleston. We need to fund a national warning system like the one employed in Mexico City on Monday. We have the technology available; what’s missing is the Congressional approval to make it a reality. We need to not cut programs like our national tsunami monitoring system, as President Donald Trump has proposed in his budget, but rather to invest in these and other initiatives intended to keep people safe and to provide scientists with the crucial data they need to do their work. We need to make sure that we are funding first responders like the National Guard so that they can provide help when we need it most.

An earthquake like Monday’s M 7.1 will happen again. And it will happen here. What remains to be seen is just how tragic it will be for our nation as a whole. 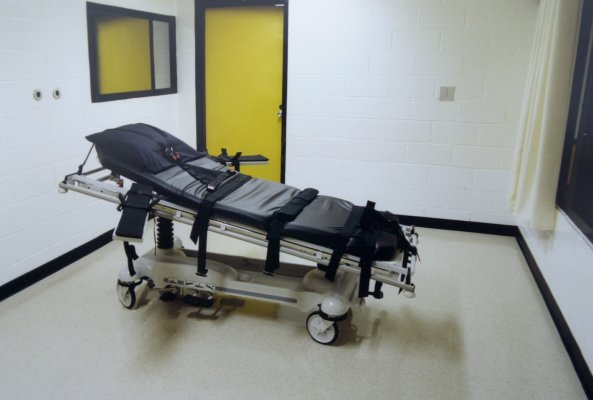 A Black Man Convicted By a Racist Juror Is About to Be Executed
Next Up: Editor's Pick