Most Americans approved of President Donald Trump’s recent decision to cut a deal with Democratic leaders to allocate hurricane relief funds and temporarily avoid a government shutdown, a new poll has found.

Those surveyed for the poll were asked whether they approved or disapproved of Trump’s response to 11 topics, including escalating tensions in North Korea and the summer violence in Charlottesville, Virginia. The President received overwhelming support for only one item: “agreeing with Democratic leaders Chuck Schumer and Nancy Pelosi on legislation that would provide money for hurricane relief and keep the government open for 90 days.” Only 8% of Americans said they disapproved of that action.

The NBC/WSJ poll was conducted between Sept. 14 and Sept. 18 and surveyed 900 people. It has a margin of error of plus-minus 3.3 percentage points. 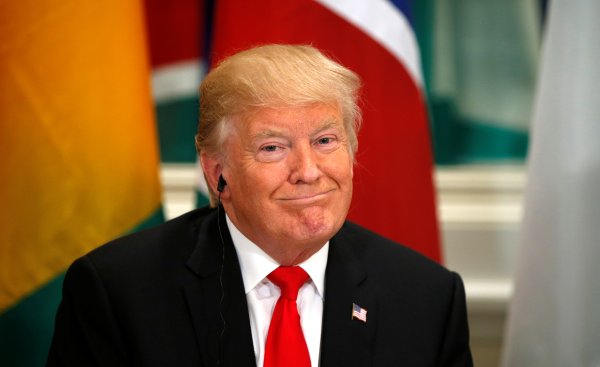 Trump Says His Friends go to Africa to 'Try to Get Rich'
Next Up: Editor's Pick