Hepatitis A Has Hit Los Angeles, a Week After Sickening Hundreds in San Diego

Most of those infected in San Diego have been homeless, according to a statement from the county, and health officials say the virus has spread through contact with a “fecally contaminated environment.” In Los Angeles County, officials said they’d documented five people with the illness who had recently traveled to San Diego or Santa Cruz (where cases related to the San Diego outbreak also appeared) . But two of the newly infected people in Los Angeles County were homeless and seem to have been infected locally, which triggered the outbreak declaration.

Hepatitis A is highly contagious, says Dr. David Mulligan, chief of transplantation and immunology at Yale-New Haven Health Transplantation Center, and it’s often misunderstood. (Mulligan has not been involved with the California outbreaks, but he does treat hepatitis patients at Yale.) Here are four things to know about this headline-making disease.

Hepatitis A is transmitted orally

Unlike hepatitis B and C—which are transmitted through sex or exposure to infected blood—hepatitis A is usually spread through ingestion of contaminated food. “One of the most common causes is shellfish and raw seafood, like oysters and clams,” says Mulligan. “If these foods are contaminated with the virus, eating them can make you pretty sick.”

Other foods can become contaminated with the virus too, especially if they’re in contact with fecal matter from an infected person. In the San Diego outbreak, health officials seem to think the virus has spread because of sanitation issues and lack of public-bathroom access.

It attacks the liver—but not forever

The word hepatitis means inflammation of the liver, and that’s exactly what happens when these viruses—A, B, or C—enter the body. “They can cause destruction of normal liver tissue, and if a person has compromised immunity, they can lead to liver disease and liver failure,” says Mulligan.

But unlike other forms of the virus, hepatitis A is transient: It doesn’t stick around in the body for a long time, and most people have no lasting damage from it. According to a fact sheet from San Diego County, the virus can last from a few weeks to many months.

Hepatitis A is not usually fatal

People who become sick with hepatitis may experience a fever, fatigue, nausea, digestive issues, and jaundice (yellowing of the skin and eyes as a result of the liver not working properly). But many others, especially children, will carry the hepatitis A virus and have no symptoms at all.

Otherwise healthy people who become sick from hepatitis A typically get better on their own, says Mulligan. “We usually just provide supportive care and let the body clear the virus by itself,” he says. “But we will watch them closely, and if someone’s liver is getting worse and worse, we will perform a transplant.”

All of those who have died so far in the San Diego outbreak have had underlying medical conditions, the county says.

The vaccine to prevent hepatitis A is currently recommended for all babies when they reach the age of 1, for travelers to certain countries, for men who have sex with other men, and for other high-risk individuals. If you haven’t been vaccinated and think that maybe you should, talk to your doctor.

“If you like shellfish, you eat a lot of seafood, or if you travel to other countries outside the United States, you should strongly consider getting the shot,” says Mulligan. In San Diego, officials have also recommended that health-care workers and people who handle food get vaccinated as well.

Other ways to protect yourself, according to San Diego County health officials, are to avoid sex with someone who has hepatitis A; to use your own towels, toothbrushes, and eating utensils; and to not share food, drinks, or cigarettes with other people. 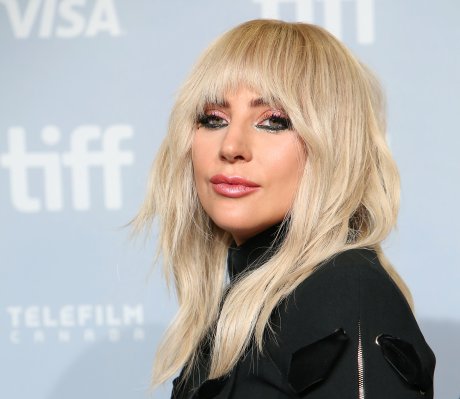 Lady Gaga Has Postponed Her Tour Because of Her Fibromyalgia. Here’s What to Know About the Painful Disorder
Next Up: Editor's Pick