Opportunists Are Exploiting the ACA to Prey on Opioid Addicts

Aronberg, a Democrat, is the State Attorney for Palm Beach County, Florida.

As so often happens, a frantic mother called us about her 19-year-old daughter, who I’ll call Jen. A heroin addict, Jen had been shuttled between multiple treatment centers and sober homes by greedy marketers looking to cash in on the teenager’s insurance benefits by keeping her perpetually in recovery, but never sober. As our investigator searched Palm Beach County for Jen, her mother finally reached her by phone. She pleaded with her daughter to leave Florida, to which Jen replied, “Why would I come home? I have all I need here.” In the ensuing months, Jen has become a victim of a vicious cycle known as “the Florida shuffle.” She has continued in and out of treatment, repeatedly relapsed and overdosed, been on the brink of death, was revived and all the while trafficked by marketers offering free rent and other gifts — as she ignores her mother’s desperate pleas to come home.

Americans know of the carnage wrought by the opioid epidemic. According to the U.S. Centers for Disease Control, opioids caused 91 deaths every day in 2015. Expect a significant increase when the 2016 medical examiner and coroner reports are released nationwide. In my jurisdiction alone, 596 people died from opioid-related deaths in 2016, an increase of 286% since 2012.

Less known, however, is that this growing epidemic has been fueled in part by the manipulation of well-intended federal laws — such as the Affordable Care Act (ACA) and Mental Health Parity Act — by unscrupulous individuals looking to profit on the misery and vulnerability of others. Fueled by new financial benefits in federal law, private drug treatment providers have flourished, as marketers often push individuals with substance use disorder to the warm weather states of Florida, Arizona and California as recovery destinations. The unethical players within the recovery industry see the addict as a valuable commodity and have exploited federal law to foster a cycle of relapse, rather than recovery.

Today, big money in the drug treatment industry comes through failure. Together, the Mental Health Parity and Addiction Equity Act of 2008 and the ACA ensure that drug relapse is always covered as an essential health benefit and cannot be excluded due to a pre-existing condition, and that children remain on their parents’ policies until age 26. This has provided a financial incentive for rogue providers to keep patients of all ages in a cruel cycle of rehab. Meanwhile, good providers who always seek sobriety grow frustrated as patients are poached away by unethical and ineffective programs with promises of free rent and other illegal gifts.

Absent from all the heated debate over the future of the Affordable Care Act has been a discussion of fixing the ACA to incentivize recovery rather than relapse, to encourage success rather than failure. Ironically, the possible solution to this problem of unintended consequences lies within the very same Affordable Care Act. The ACA changed Medicare to reduce payments to hospitals with high readmission rates while providing bonuses to providers that achieve high scores on patient outcome and care experiences. Yet this policy of linking quality to payment does not apply to private insurers who pay for drug rehab services.

When policymakers decide the future of the ACA, they should extend Medicare’s outcome-based reimbursement model to the world of private insurance payments for drug rehabilitation. This could reward the best recovery centers while shuttering rogue operators who give false promises and illicit benefits to patients, then siphon precious resources into treating and then encouraging repeated relapses.

Reforming the current fee-for-service model should also improve patient outcomes. Substance use disorder is often a chronic and persistent illness, yet private insurance traditionally pays for unlimited cycles of short-term, acute rehab with only about a 10% success rate. Studies have shown that a more effective approach is to provide longer, decelerated care: a recovery over 12 months has proven cheaper and more successful than an unending series of intensive 7- to 21-day inpatient stays followed by intensive outpatient treatment for six to eight weeks, all marked by over-testing and overbilling.

Prosecutors and law enforcement officers are doing their part to hold accountable those who spread this poison into our communities — to daughters like Jen. But we cannot arrest our way out of this opioid epidemic. Rehabilitation is a crucial part of the solution. For it to work, we need the federal government to stop providing a financial windfall for failure and instead encourage a lasting sobriety. 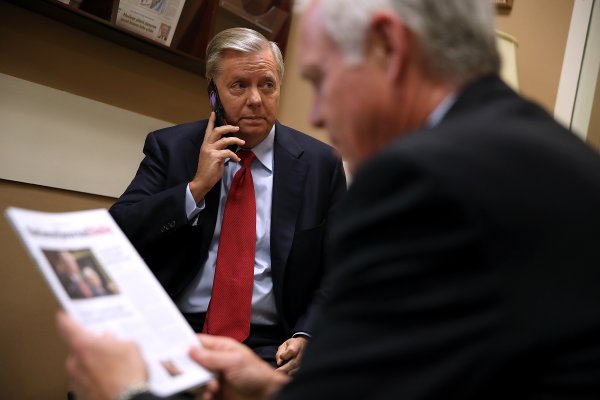