The art of the clap back is a study in discernment, wit, and instinct, which is why it should come as no surprise that Rihanna, Internet queen, is the reigning champ of shutting down the haters. While the Barbados native has been known to hop into her her mentions on social media to interact with fans and Internet trolls with “RIH-plies,” she’s not scared to jump into the fray and keep it real with her fellow celebs. From Ciara to Diplo, see Ri’s best Internet clapbacks below.

February 2011 — Ciara: Rihanna’s first notable Internet clap back was directed at singer Ciara after the latter took to Fashion Police to say that Ri “wasn’t the nicest to her” when she ran into her at a party What resulted was a Twitter sparring match that won’t soon be forgotten, starting with Rihanna sending a cheeky tweet directed at Ciara. The shade levels were intensified by both parties not tagging each other’s handles in the tweet, but appearing to tweet at each other nonetheless.

The two mended fences quickly though.

May 2013 — Amanda Bynes: After Amanda Bynes went on a bizarre, now-deleted Twitter rant in 2013 that included a racist tweet about Rihanna’s appearance and an unfortunate reference to Chris Brown’s domestic violence towards Rihanna, Ri had a single subtweet for Amanda that spoke for itself.

September 2013 — Teyana Taylor: Teyana Taylor and the bad gal got into a online spat after Rihanna posted a cheeky video seemingly making fun of the “Fade” star’s Instagram video of her covering Anita Baker. In Taylor, however, Rihanna may have found her match when it came to Internet clap backs; in a series of now-deleted tweets, according to Idolator Taylor took Rihanna to task, tweeting “Don’t play wit me Rihanna.” Rihanna then changed her Twitter background to show the website Celebrity Net Worth, which drew more tweets from Taylor and produced even more tweets from Rihanna.

June 2014 — TLC: Rihanna shut down the iconic girl group after T-Boz and Chili gave an interview with Sunrise Australia where they commented on modesty in entertainment without singling out any one pop star, noting that they “sold and became the biggest girl selling group of all time, with our clothes on. That says a lot. It’s easy to sell sex. We can go around with boobie cakes out all day long.” When the interview was published, it was paired with a picture of Rihanna, who had recently appeared at the CFDA Awards in a completely sheer Adam Selman dress. The optics of the situation obviously had Rihanna feeling some kind of way, because she changed her Twitter header photo to be a shot of TLC topless in the ’90s, as well as a sub tweet about the ladies.

August 2015 — Matt Barnes: Basketball player Matt Barnes learned the hard way that implying that you could be dating Rihanna is a good way to get publicly curved by the bad gal. After TMZ asked whether or not the NBA player and Rihanna were dating, Barnes answered that they were friends and that he would “see where it goes.” Rihanna did not appreciate this answer and took to her Instagram to unleash a series of hilarious and iconic hashtags along with a screenshot of the offending video that promptly put Barnes in his place. Pro tip: If someone tries to lie about their relationship status with you (or lack thereof,) the hashtags #thedevilisaliar and #thisactuallyhurtmyfeelings work quite nicely. Barnes, however, still stands by his story.

January 2017 — Azealia Banks: Rihanna deftly shut down polarizing rapper Azealia Banks after Banks slammed Ri for tweeting a critique of President Donald Trump’s executive order that banned refugees from seven Muslim majority countries. While Banks questioned whether Rihanna was American, Ri Ri not only reveled in her immigrant status with an Instagram post but made good use of her hashtags in the caption.

June 2017 — Barstool Sports and body shaming haters: Men’s sports site Barstool got ripped to shreds online after they published a post crassly titled “Is Rihanna Going to Make Fat the Hot New Trend?” While the Internet was up in arms about the body shaming post, Rihanna responded with a flawless rejoinder in the form of a single meme on her Instagram. The post featured two images of Atlanta rapper Gucci Mane at different sizes along with the words: “If you can’t handle me at my 2007 Gucci Mane, you don’t deserve me at my 2017 Gucci Mane.” Her caption was a sole emoji with a tear running down its face, which could refer to Gucci’s famous tear drop face tattoos but more likely references the tears she isn’t shedding over body-shaming haters.

August 2017 — Diplo: While it appears that Diplo is as impressed with Rihanna as most mortals are, it hasn’t stopped the Anti singer from opting not to collaborate with the Major Lazer artist just yet. In an interview with GQ, Diplo revealed that despite multiple attempts on his part to work with Rihanna, she turned him down with eloquent lines like “This sounds like a reggae song at an airport” and “I don’t do house music.”

However, the true bon mot came when Rihanna Instagrammed a screen shot of an article detailing her response to Diplo, captioning it with the hashtag #DutyFree, a humorous back-handed apology and a few laughing-face emoji. Diplo, for his part, used the comments to try again, writing “We gonna get one tho.” Who can blame the dude for shooting his shot? 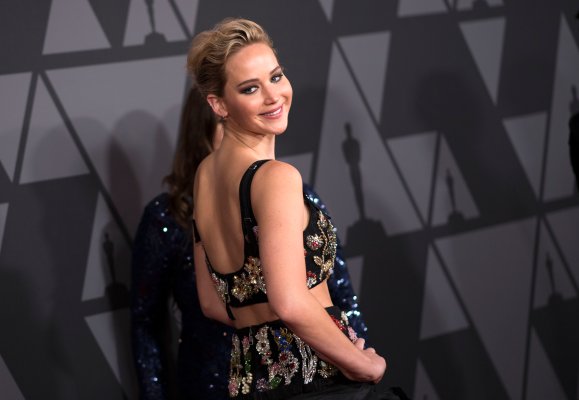